And here we are! Back at it again with gaming events with gamescom asia 2022 as a start! 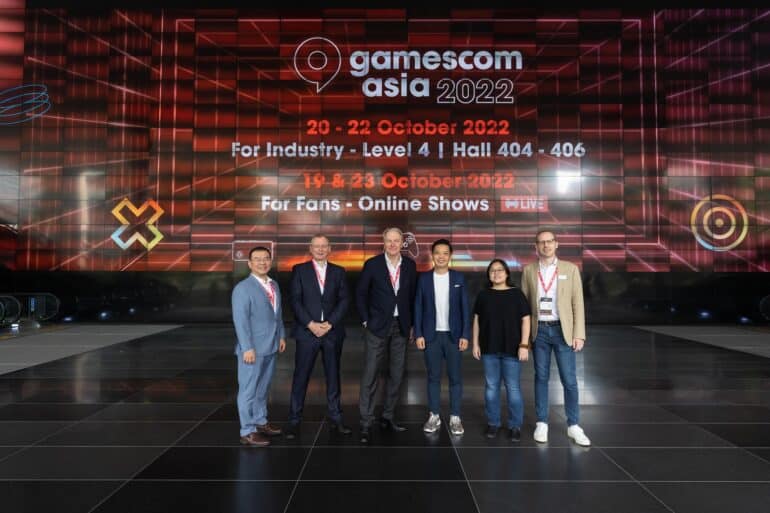 With the majority of the gaming conventions and conferences being held online, the return of its offline events has never felt so refreshing and exciting. As restrictions due to Covid-19 started to ease down, more and more gaming events have started to bring back the good ol’ days. gamescom 2022 in Cologne, Germany, hosted and still organized by Koelnmesse GmbH, also had its hybrid of offline and online events, with thousands of people attending the on-site event in August of 2022.

gamescom asia 2022, organized and hosted by Koelnmesse Pte Ltd, started with a strong keynote with Koelnmesse GmbH’s President, Gerald Böse, stating that gamescom is finally here physically and that it’s going to continue onwards in the future, holding offline events just like in the past and he’s pretty excited to see the gamescom satellite trade conference in Asia to grow in the upcoming years.

Alvin Tan, Singapore’s Minister of State for the Ministry of Trade and Industry & Ministry of Culture, Community, and Youth highlights in his speech that Singapore is one of the best and most chosen countries to host gaming events and tournaments. Citing The International 11th Edition, the Garena Free Fire World Series, and the League of Legends Wild Rift Icons Global Championships.

Mr. Tan also cited his excitement towards next year’s gamescom asia’s B2C segment to fully launch and expects more regional visitors to participate in the festivities at gamescom asia 2023.

Towards the end of the opening is the Memorandum of Understanding (MoU) signing between Singapore Tourism Board’s CEO, Keith Tan, and Koelnmesse Pte Ltd’s Managing Director, Mathias Kuepper. This deal brings gamescom asia to happen in the next 3 years in Singapore.

Immediately after the event, in the Trade Conference Zone, began the speakers to share their expertise in their field in the gaming industry which includes Blizzard Entertainment’s Cinematic Director Sarah Delahanty, Wizard of the Coast, Meta0, and many more during the rest of the day.

As the Exhibition and Networking area is filled with tons of companies, developers, and publishers ranging from MYTONA and Nykko to the Indie Village that showcases upcoming indie video games from all over the world like Spiritmancer and Rift of the Necrodancer (stay tuned for our impressions as we’ve played a bit of the game).

Here are photos of the Exhibition and Network area in gamescom asia 2022: