Expect next year's gamescom asia to be bigger! 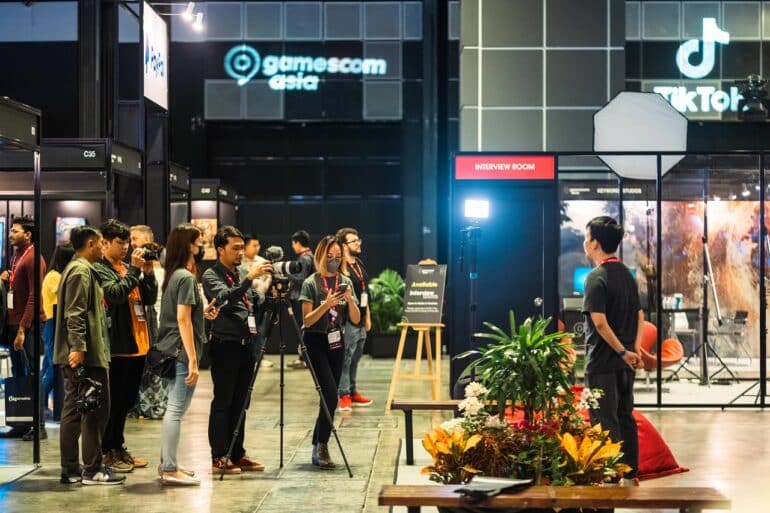 gamescom asia 2022 just concluded over the weekend from October 19 to October 23, with its prime focus on business-to-business (B2B) in its offline segment in Singapore at Suntec Singapore Convention and Exhibition Centre while the business-to-consumer, PRIMETIME and STUDIO, was brought exclusively online.

Koelnmesse Singapore’s Managing Director, Mathias Kuepper, stated in a press release that this year’s successful satellite event for gamescom has proved Asia’s potential in the gaming industry to the world.

“The success of this year’s edition has shown the potential of what the games industry, in particular in Asia, has to offer to the world,” said Mr. Kuepper. He was particularly happy with the turn-out of the onsite segment despite the challenging transition to an offline event due to the COVID-19 pandemic. Mr. Kuepper surely shows his excitement for gamescom asia 2023 and what his team at Koelnmesse Singapore has planned.

While the onsite B2C segment was changed exclusively online, attendees onsite for gamescom asia 2022 didn’t miss out much. Video games developed by various studios around the world and upcoming indie titles from Singapore were showcased across the onsite event. Titles such as Spirit Mancer by Sunny Syrup Studio and Rift of the Necrodancer by Brace Yourself Games caught our attention onsite as we got the chance to try them out — spoiler alert: they’re both really great!

A ton of experience and knowledge were also passed on thanks to key industry professionals from various popular development studios like Blizzard Entertainment, MOONTON, SloClap, Ubisoft, Xbox, and Wizards of the Coast. As they discussed different topics that tackled how cinematic scenes contribute to the game’s storytelling to the important fundamentals during game development, the Trade Conference was nothing but riveting.

As gamescom asia 2022’s expected 3 million views across all channels for both PRIMETIME and STUDIO, and more than 3,200 game industry members from 70 countries attended its onsite event, gamescom asia 2023 is definitely going to be much bigger than this year’s event.

Expect more news about gamescom asia 2023 in the upcoming months leading to its event date on October 19 to October 22, 2023.