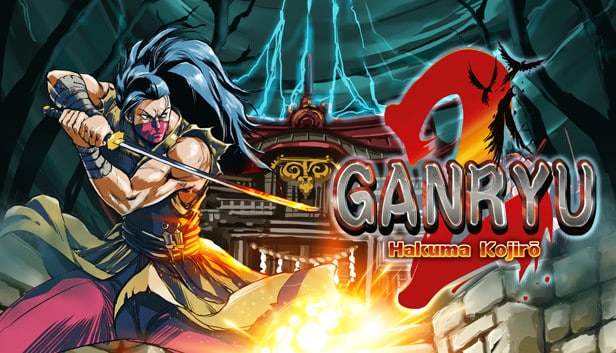 “Miyamoto Musashi is back…” Publisher Pixelheart, along with Storybird Studio and Just for Games, is pleased to announce today the release of their 2D pixel art platformer, Ganryu 2. The game will available on PS4, Xbox One, Nintendo Switch, and PC (via Steam) tomorrow, April 22nd, 2022.

Fans of physical versions will also be able to find the game in boxed form on Nintendo Switch and PS4 on the same day, April 22nd, 2022. Collectors will also have a limited edition, with a different cover, a certificate of authenticity, a numbered sticker as well as a mysterious bonus to be revealed soon.

Pre-orders are open for the physical versions, as well as on the digital stores of the different publishers.

A limited-edition with a unique keyart and some goodies will be available only on PixelHeart store (1000 units for Nintendo Switch, 1000 units for PlayStation 4).

Ganryu 2 is the sequel of the game Ganryu made VISCO on NEOGEO in 1999. The universe takes place in a feudal fantasy Japan strongly inspired by the story of Takezo Musashi whose adventures are told in a series of books (mainly “The Stone and the Sword”).

Play as Miyamoto Musashi and travel from the North to the South of a fantasy Japan of the 17th century, until you reach the island of Ganryu-jima, where it all began between Musashi and Kojiro.