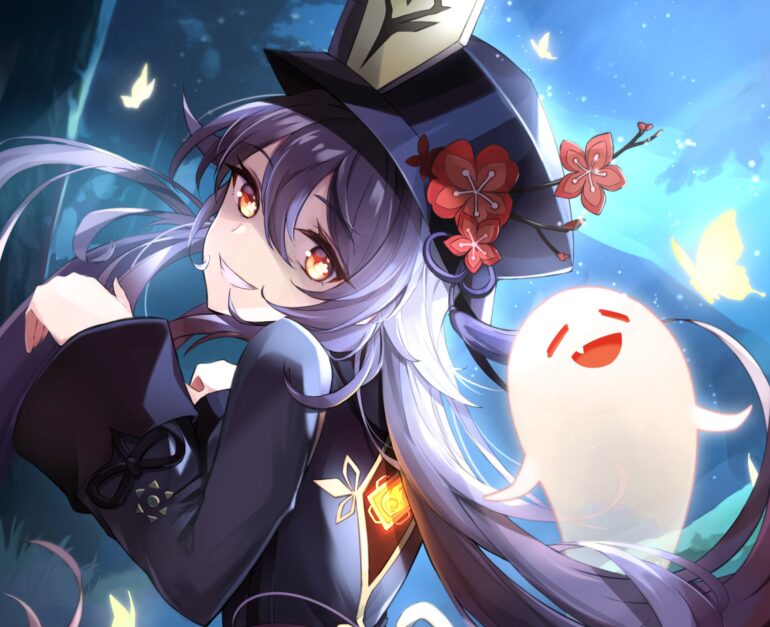 Thanks to recent leaks, we finally have information on all of the weapons that we can get for Hu Tao’s banner, Moment of Bloom. We also have the information on the 4-star characters.

Moment of Bloom, the second Character Banner in Genshin Impact 2.2, containing the re-run of Hu Tao will be available to players on November 2, 2011, at 11:00 a.m. Pacific Time. Server Time has been set. The release of the second banner for Genshin 2.2 is rapidly approaching!

Hu Tao’s rerun banner release date is set to start on November 2nd, and will last until November 23, 2021. Hu Tao is a 5-star Pyro Polearm character in Genshin Impact, and one of the strongest characters there is. For those who missed her will now have a chance to get her again,

Thoma has long been revealed as one of the 4-star characters on the banner who much like Hu Tao, is a Pyro Polearm user. The other 4-star characters who will be joining Thoma are Diona and Sayu who were previously featured on Yoimiya’s banner.

First of course we have Hu Tao, the 5-star Pyro Polearm character who is also the 77th Director of the Wangsheng Funeral Parlor. She’s great at fighting bosses and becomes even stronger when her Health falls below 50%.

Next we have Thoma who will make his debut soon. A Pyro Polearm character much like Hu Tao but is also known as a Pyro shielder.

Then we have Sayu, the 4-star Anemo Claymore character who is also known as Shuumatsuban’s Resident Ninja.

Next up is Diona, the 4-star Cryo Bow character who is a bartender at Cat’s Tail who despises alcohol and desires to cause ruin to the wine industry of Mondstadt.

And let’s not forget that we have another Epitome Invocation heading our way when Genshin Impact 2.2 hits. The 5-star weapons that we can expect are the Staff of Homa and the Elegy for the End.

For the 4-star weapons, we have the Mouun’s Moon, The Widsith, Rainslasher, Wavebreaker’s Fin, and the Sacrificial Sword.

Here are the details for each aforementioned weapon.

And that about covers it for the Moment of Bloom banner.