Who is Miss Hina in Genshin Impact? 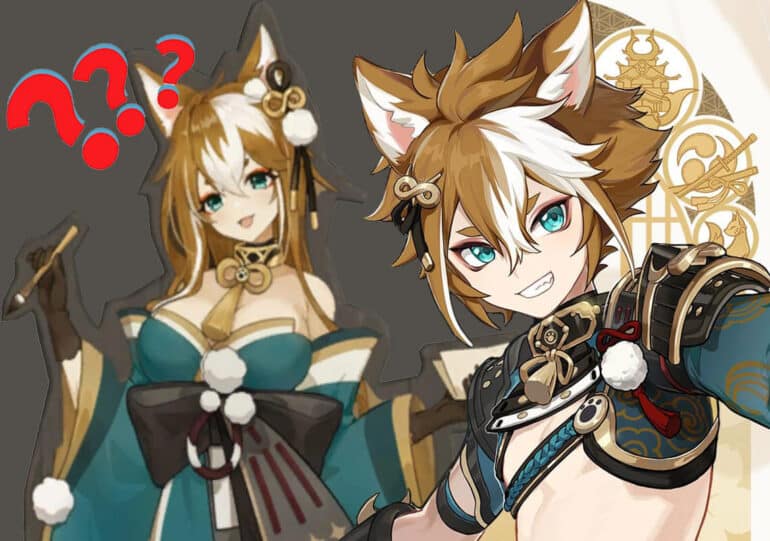 Not much has been revealed about the upcoming Genshin Impact characters for the 2.3 update as of yet. However fans have already began growing crazy for a third character besides the two already revealed. Itto’s abs and Gorou’s childish looks can move aside, because Miss Hina has sent fans spiraling into speculation after speculation.

And it seems that there’s more to “Miss Hina” than meets the eye.

To get a bit of background first, we need to talk about That’s Life magazine owned by Yae Miko. It’s a popular magazine in the Inazuma region where Gorou is speculated to work as an anonymous columnist. People send questions to That’s Life magazine, and columnists respond in a particular section.

What’s interesting is that Ms. Hina also works at That’s Life magazine. A leak dug by Honey Hunter World has suggested that both Gorou and Miss Hina are the same person. Miss Hina being a pseudonym used by Gorou to answer questions anonymously.

As to why Gorou is using a female name to mask his identity has yet to be revealed.

According to dialogue unlocked at Level 5 friendship with Gorou, it seems that Arataki Itto, the new 5-star geo character, has sent a letter to That’s Life declaring his crush for Miss Hina.

If it turns out that speculation is true that Gorou and Hina are indeed one and the same person, then the answer would be yes. Miss Hina is playable once you acquire Gorou on his banner on December 14, 2021.

When Will Miss Hina Appear?

If another theory turns out to be true that she’s actually Gorou’s mother, then she could be revealed on Gorou’s Hangout event on November 24, 2021.

Either Itto has a crush on Gorou’s mother or on Gorou himself; both possibilities are equally amusing.