All the new details from an official announcement revealed! 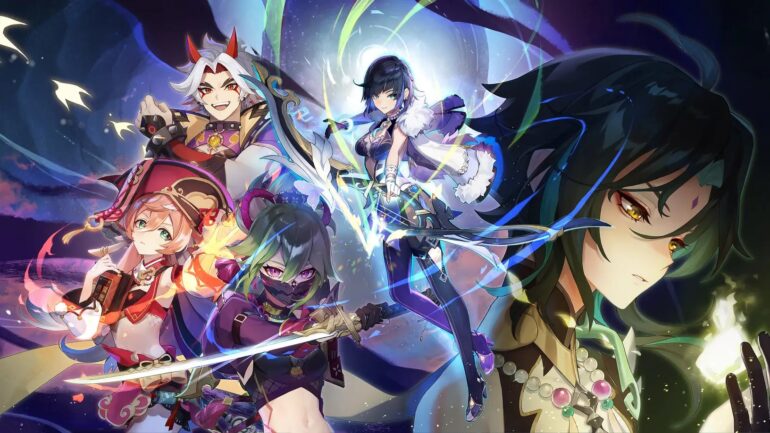 HoYoVerse has announced the Genshin Impact 2.7 Hidden Dreams in the Depths event.

Studio Technical Director Zhenzhong Yi recently shared some new information about the Genshin Impact 2.7 Hidden Dreams in the Depths event that will be arriving on multiple platforms by the end of the month. After the first part of exploring The Chasm, players will be joined by Yanfei and Itto with new characters Yelan and Kuki Shinobu to discover more about the history and secrets of Liyue. There is also a new rhythm game where the Araktaki Gang hosts. It is called the Almighty Arataki Great and Glorious Drumalong Festival.

PS Plus members will get a freebie pack so get it when the event arrives.

The Chasm is quite dangerous as it seals away the clues to Khaenri’ah and the Traveler twins, the history and secrets of Liyue, and the information on how the people fought against monsters 500 years ago. Yelan is the one watching over The Chasm in order to find out what happened back then, which could lead to the clues of her origin. Also, it seems the yakshas have a deep connection with what happened in the past.

Perilous Trail, the new event, players will be start a new Archon Quest Interlude Chapter which will feature various cast of characters stuck inside TheChasm. Aside from the characters that were mentioned, Xiao, the Conqueror of Demons, is also making his own investigation inside. Follow his steps to uncover the secrets inside The Chasm.

Progress the story to unlock the new combat challenge Realms of Guile and War together with the Perilous Trailer event. Players will face several rounds of combat in four different domains. Each domain will have its own rule to rearrange the party after every round of combat. Get awesome rewards including the new four-star bow Fading Twilight.

Hosseini the Sumeru scholar is also here and will be asking for help to settle another problem involved with dark mud-like substances.

When Genshin Impact 2.7 arrives, a new banner will be available which will include the new characters Yelan and Kuki Shinobu. Both have their own distinct backgrounds and stories, and are extremely capable and reliable characters.

Yelan owns Liyue’s Yanshang Teahouse, but her real identity is quite interesting. She is known as a person with many faces. She has appeared with various guises, is behind certain events, and just disappear without a trace. She is a special intelligence officer that helps Ningguang to protect Liyue.

Yelan is a 5-star playable character who uses a bow and capable of being a Hydro DPS that combines rapid attacks with agile mobility. After a short time, she can go into a Breakthrough state, which allows her to have a shorter charge time of her Charged Aimed Shot. Once charged, she can then fire a Breakthrough Barb that can deal AoE Hydro Damage.

Lingering Lifeline is Yelan’s Elemental Skill that allows her to move swiftly, mark enemies, and then deal Hydro damage to the marked targets once her rapid movement ends. Based on the number of opponents she has marked, she can get a fixed chance to reset her Breakthrough state.

Yelan’s Elemental Burst Depth Clarion Dice deals AoE Hydro Damage and creates a dice that can help in a fight. The dice will follow the active character and start a coordinated attack when players do a normal attack or when Yelan’s Lifeline bursts and hits enemies.

The Passive Talent Adapt with Ease of Yelan can increase the attack of the active character while the Dice is active Yelan’s max HP will increase based on the number of Elemental Types that are in the party.

Kuki Shinobu is the more serious member of the Arataki Gang and rescues them if they get into trouble. She is born from a family of shrine maidens, but she took a different path. She has learned a lot of crafts and skills, and gained a LOT of many professional certificates that her business card is not able to list them all. She studied law in Liyue as a junior alumna of Yanfei. It is not clear how she joined the Arataki Gang, but with her help, the crew became a more capable group that runs errands and jobs.

Kuki Shinobu is a four-star Electro sword character and a strong support to heal teammates anddeal continues damage from the off the battlefield. Elemental Skill Sanctifying Ring will sacrifice a small amount of her HP and create a Grass Ring of Sanctification that can heal friendly characters within and deal continuous Electro damage to enemies. This will be boosted with her Elemental Mastery and her Healing Bonus can be increased if her HP is down to a certain level.

Elemental Burst Gyoei Narukami Kariyama Rite is Kuki’s special field that she can create in front of her. It will deal continuous Electro damage to opponents within.

Players will be invited by Arataki Itto and his minions to the Almighty Arataki Great and Glorious Drumalong Festival in Inazuma. They will get a strange little drum from Itto, which they can play with. It will have a different gameplay from the previous rhythm game. Unlock all available tunes to gain access the Not Editor mode and create their own beatmaps and share with other players.

Core of the Apparatus event is also available in Inazuma. Assist a toy merchant from Fontaine and get different robotic furnishings that can be placed in the Serenitea Pot.

Performance Improvement and PS Plus Bonus

HoYoVerse has also improved the game’s CPU performance on the PS4 and PS5 with Genshin Impact 2.7. It will now run more smoothly on the PS4.