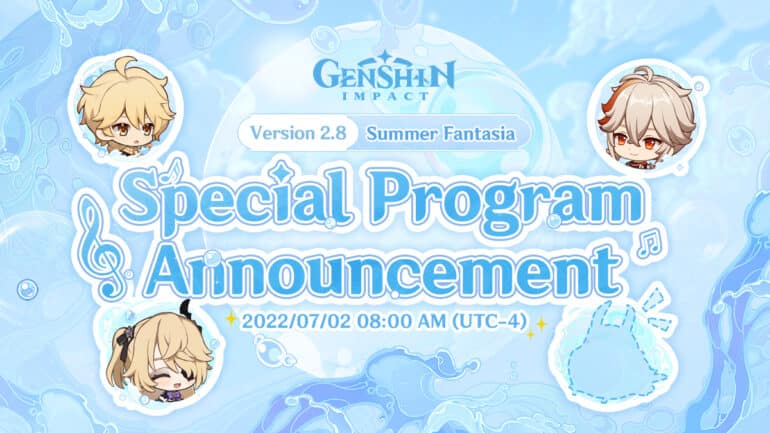 As update 2.7 approaches its end and the upcoming release of Genshin Impact 2.8, a new special program livestream is going to be aired soon. While this will not feature the land of Dendro, Sumeru, it will be announcing some new content for the game.

The upcoming livestream will air on July 2, 2022 and will start at 8 AM (UTC-4). It will air on Twitch before it will be uploaded fully on YouTube after a few hours. The global livestream banner includes Aether, Fischl, and Kazuha. It seems Kazuha will be making a rerun for this new update and Fischl could be getting some new additions or possibly a new outfit.

Many fans have been waiting for Kazuha to make a comeback since he can really boost the party in terms of performance due to his abilities. He is known to be one of the best supports in the game.

It is also expected that the next new character to join Genshin Impact is the Detective of the Tenryou Commission, Shikanoin Heizou. He could be included in one of the upcoming banners in update 2.8, but so far no confirmation yet.