Here's what we've collected from the leaks and rumors floating around! 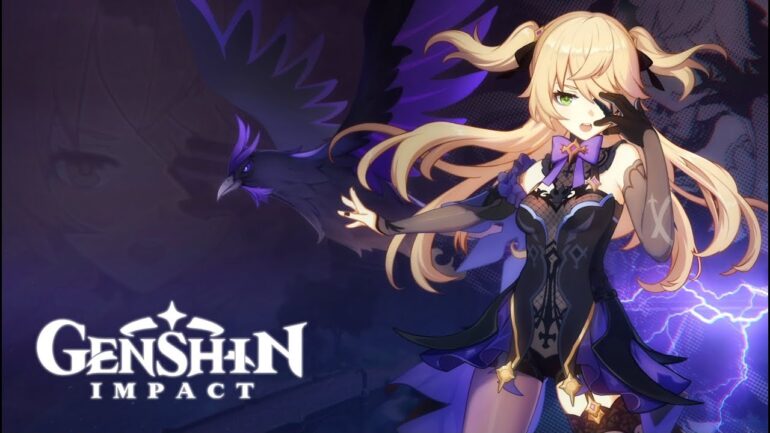 Some new information about Genshin Impact 2.8 leaks, release date, banners, and characters have been revealed recently due to some dataminers.

Some miners and leakers have already gotten some juicy information about the upcoming update 2.8 even though it is still many weeks ahead. It is now officially in beta so it should be released soon, but HoYoVerse already shared the expected release date of the next update.

Here are the Genshin Impact 2.8 leaks that were shared online. First up though is the official release date (estimate) of upcoming update 2.8.

Way back in May 2022, HoYoVerse gave an estimate on how long update 2.7 would last after it was going to be implemented early in June 2022. According to the team, it is expected to last about 6 weeks, so version 2.8 will be released more or less on July 13, 2022.

Shikanoin Heizou, the Anemo catalyst user from Inazuma was recently revealed by HoYoVerse and if we follow the timeline, it will be just like for Yelan and Kuki Shinobu where they got revealed before update 2.7. Since he got revealed before 2.8, it has a high chance coming to the upcoming date when it gets implemented on Genshin Impact. Maybe even another character will be introduced before update 2.8 as well and he/she will join Heizou on the character banner.

According to the Genshin Impact 2.8 leaks, they say that Diluc and Fischl will be getting new skins when update 2.8 lands just like Jeanne and the rest before her. It is possible that these two characters will be joining the character banner at some point on update 2.8.

Also, there have been reports saying that the main event of 2.8 called Summertime Odyssey will feature several characters like Mona, Kazuha, Xinyan, Xiangling, Yun Jin, and Venti, and one new character called Nahida.

There have been many leaks spotted online, but all of them are quite questionable. Some say that Klee will be coming back and joining Phase One with Yoimiya and Kazuha double banner in Phase Two. This actually confirms another leak way back that said the upcoming banner will not have any new characters except for the newly announced one.

Some of the Genshin Impact 2.8 leaks are still questionable at this point as the leakers do not have substantial evidence to prove them right now. The one that is somewhat possible is the newly announced character Heizou since it is clear that he will be introduced in update 2.8.

Leaks say that the upcoming event is called Summertime Odyssey, which was formerly known as A Summer Sea Sojourn. Fischl is said to be the character reward for completing this event, which should be quite a good character to get.

Just like previous events, the upcoming main event will have sub-events to participate in. Check out the details below:

The event UI was even shown with the leak and shows the upcoming sub-events.

Reminiscent Regimen has three challenges, just like the Dailies. Complete all three challenges and tally scores to get rewards. It can be completed both single and co-op gameplay.

Resonating Visions involves some Phantasmal Conches so that it will reward players with Primogems, Mora, and Books.

Surfpiercer Challenge is just like previous Waverider challenges in the past with some differences. Collect enough Piercer’s Drive to activate a powerful Surfpiercer’s Surge.

It seems there is also a new Hangout Event and a story quest which will beging Acer Palmatum. Since the name is related to a Japanese maple, it could be for an Archon Quest.

The Genshin Impact 2.8 leaks revealed the Golden Apple Archipelago, which is said to make a comeback in this upcoming update and will have many changes. It seems there are some weird buildings positioned on the island, which seems to be the effect of the changes.

According to some reports, Diluc and Fischl will be getting new outfits. Diluc’s outfit is called Red Dead of Night and Fischl’s outfit is Ein Immernachtstraum. That all translates to An Evernight’s dream.

A report says Diluc’s skin will cost 248 Yuan, which could be $40 at full price.

That is all for now for Genshin Impact 2.8 leaks. As the estimated release date approaches, more and more leaked information should be appearing online so we will keep you updated until the official release date.