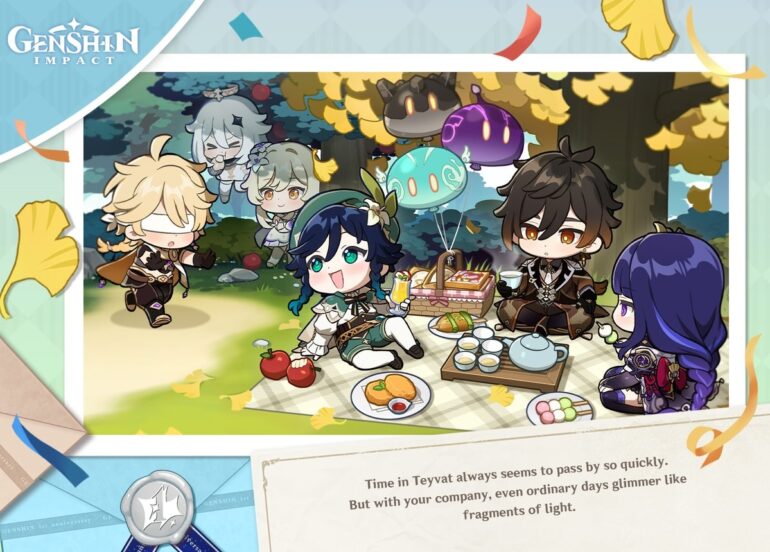 MiHoYo, the developer of Genshin Impact, has responded to widespread criticism directed at its controversial first Anniversary Event.

According to a statement provided to GamesRadar+, miHoYo addressed the negative feedback received from the community stating that they have “already come up with more celebrations” in order to address the recent concerns.

“We’ve been paying close attention to various feedback regarding Genshin Impact’s first anniversary,” said the statement from the developers. “We’ve already come up with more celebrations including the coming Genshin Impact online concert and thank-you gifts to express our gratitude for players’ support all the way along. The opinions and feedback from players and fans are really valuable to us, and we wish all fans will continue the adventure and collect more cherished memories in Teyvat.”

The announcement followed the distribution of surprise gifts via in-game mail to all Genshin Impact players. The gift includes a free glider skin and 400 Primogems, with a note that read, “Thank you to all our travelers.”. But it sure would take more than just a few Primogems and a glider skin previously tied to a paid bundle to come back from all the recent backlash.

This week, Genshin Impact fans can enter to win cash prizes and three iPhone13 Pro Max from developer miHoYo thanks to a new raffle. MiHoYo has specially prepared a raffle event in which you can participate by sharing posts. Here’s everything you need to know.

Event Rules:
1. This event is held on multiple platforms simultaneously. The number of rewards are the total rewards for all platforms. There is no amount of prizes set aside for each platform and region.
2. Travelers can participate on multiple platforms for this event but only one prize can be won per Traveler.
3. The list of winners will be posted within 10 days after the event ends.
4. The cash prizes will be sent to winners’ PayPal accounts within one month of announcing the winners.

The first year of Genshin Impact is a significant milestone to celebrate the game’s success. From its successful launch to reaching $2 billion in worldwide player spending, many devoted fans have been eagerly anticipating rewards from the game’s Anniversary Events.

Although the raffle seems promising, with only a total of 63 players rewarded out of the 21 million registered users, fans are still not happy. The Genshin Impact community has repeatedly asked Mihoyo to reduce the number of events outside of the game.

To compare, players were happier way back when miHoYo opened a raffle draw for free Primogems when Genshin Impact’s official YouTube has surpassed 1 million subscribers.

But the free Primogems raffle easily got old. There are currently a number of ways for Genshin Impact players to earn more Primogems without spending real money, and miHoYo frequently distributes codes during livestreams and after maintenance.

Fans believe that the anniversary should be a celebration for ALL the players, and not just for some who are part of the community forums or for those who are active on their social media platforms. Disappointed as they may be, continuing players are just hoping for better improvements and in-game content, especially with the upcoming Genshin Impact 2.2 Update.

Check out the latest details about the Genshin Impact 2.2 release date, its upcoming new characters, banners, weapons, and so much more.