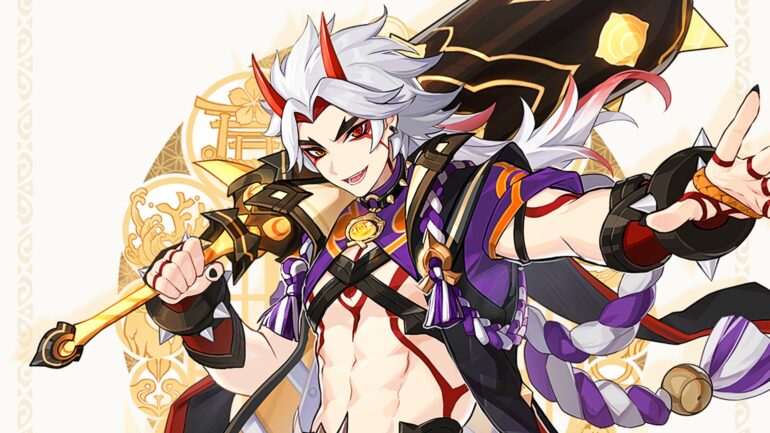 Rise Up, Golden Soul is a Story Quest in Genshin Impact revolving around the mysterious half-Oni Arataki Itto. Learn everything about this quest in our guide from how to unlock it, its location, and the rewards you’ll get upon completing Rise Up, Golden Soul.

Arataki Itto is a five-star geo character that wields a huge claymore to decimate anything in his path. He is a half-Oni who leads the Arataki Gang and will be featuring his own upcoming Story Quest. Here’s all you need to know about it.

Rise Up, Golden Soul will be available on the December 14, 2021. Although the new update 2.3 is slated for release on November 24th, the first phase of the update will focus on Albedo with Itto’s Banner, Oni’s Royale, not being available until the second phase of the update, more than half a month later.

Rise Up, Golden Soul will take place in the Inazuma area and will be a part of Taurus Iracundus: Act 1. Presumably centering around Itto’s backstory and his Arataki Gang. How this Story Quest will unfold has yet to be seen.

Don’t be surprised if you won’t be able to access the quest as soon as 2.3 goes online. Much like the previous updates, miHoYo will slowly roll out content for the latest version over time. We expect that players won’t be able to tackle Rise Up, Golden Soul until midway in December when Itto’s banner will release.

We also expect that you may need to be at least Adventurer Rank 20 before you can tackle Rise Up, Golden Soul. This is because Albedo’s mainline event in 2.3, Shadow Amidst Snowstorms, which will be releasing on the first half of the update had the same requirement.

Completing Rise Up, Golden Soul may reward you with a five-star claymore, Redhorn Stonethresher, which is one of the new weapons introduced in the latest update.

This weapon seems to be specifically suited for Arataki Itto and there’s a good chance it’s the reward for completing his Story Quest.

Stay tuned as more information will be added as soon as this story quest is released.

Arataki Itto is a Five-Star geo character residing in the Inazuma region of Teyvat. Wielding a large claymore to decimate his foes, he leads the Arataki Gang as its deputy.

Itto’s Banner will be available on December 14, 2021 which is on the second phase of the 2.3 update. Itto will be releasing alongside Gorou’s banner on the same day until January 4, 2022.