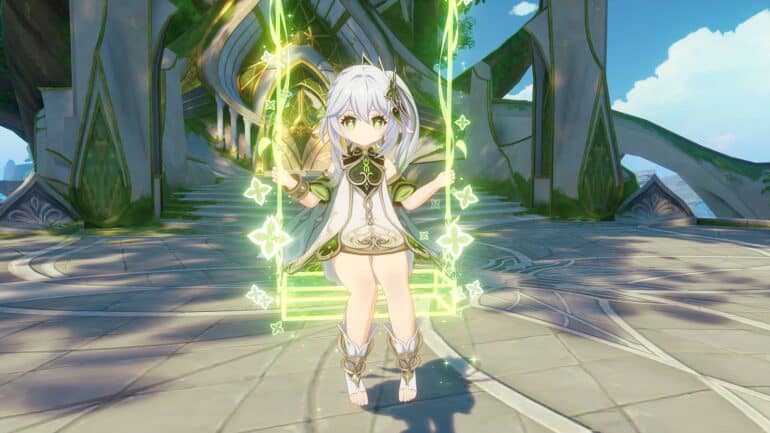 HoYoVerse has recently announced that it will fix a certain weird Genshin Impact bug that affects the new character Nahida.

The Dendro Archon Nahida has an idle animation that lets her swing in the middle of the field with her abilities. Certain players have discovered an exploit that would allow her to float in the air with that idle animation, which is weird and hilarious.

To activate the exploit, the player controlling Nahida will have to position her on a ledge like a bridge. Let her idle for a couple of minutes and when she does the animation, have a friend or a second account character push the swinging Nahida. She will then proceed to float through the air. While interesting, this is not an intended feature for the game and has been listed as a bug and now HoYoVerse is on to it.

If left not fixed, it could cause issues to the game, which might not be good for the community. It was a fun exploit to discover but now it has to be fixed for the greater good.

Goodbye Nahida bug. It was fun.