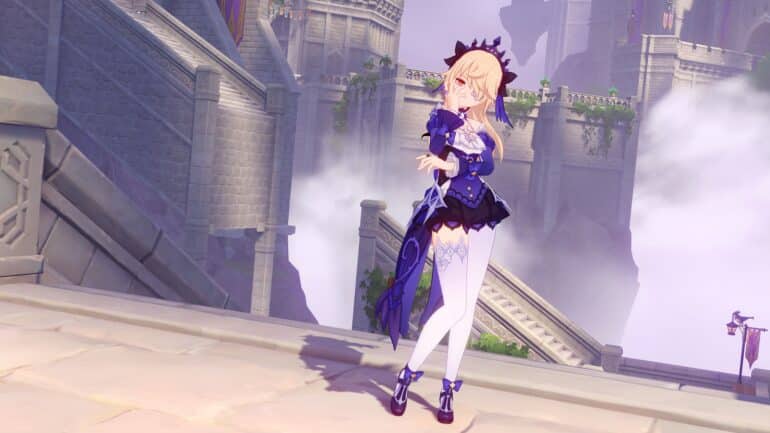 Update 2.8 is launching soon and with it new content is going to be introduced. One of the newest content that fans will be looking forward to are the new outfits that fan favorite characters Diluc and Fischl will be wearing when they redeem them in the game.

Diluc and Fischl are two of the oldest characters in the game and possibly one of the earliest ones to pull in a banner. So you know the reason for the big hype for the fans when these two new outfits were finally revealed. They have been speculated for a long while and now a new teaser trailer gets released, showcasing just a bit of what to expect with the new outfits.

Diluc’s new outfit is called Red Dead of Night and based on the teaser trailer, it seems he was wearing this outfit a long time ago. Many have commented that his signature weapon, Wolf’s Gravestone, perfectly matches with the new outfit. It will introduce new special effects to his combat animations in battle. He also has a new idle animation.

There have been leaks saying that this new outfit will be quite pricey. They say that it will cost around 2500 Genesis Crystals, which is more or less $40.

Fischl, on the other hand, can be obtained for free as part of the upcoming events. Her outfit is quite cute and perfectly matches her “royal” look as she feels like a princess with this new outfit.