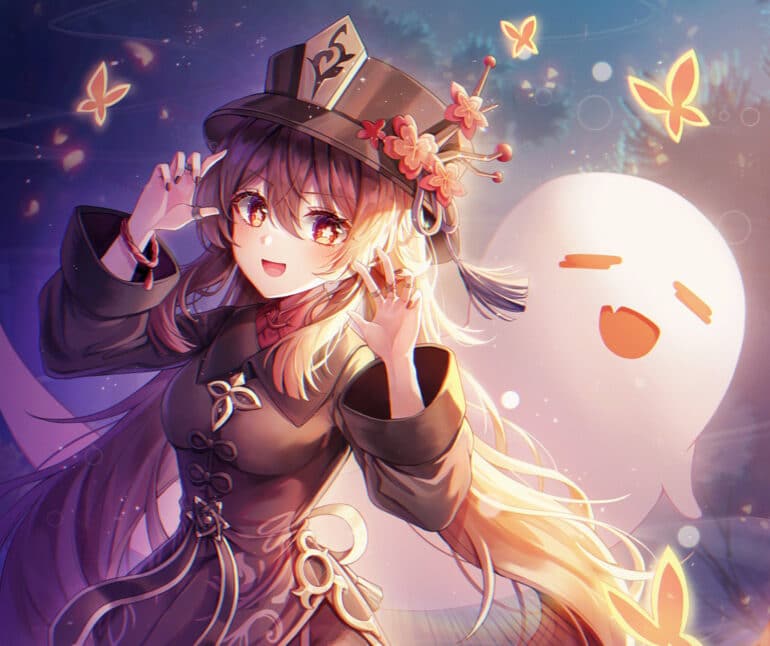 Hu Tao, the 5-star Pyro Polearm character in Genshin Impact will soon have her banner be made available today, November 2, 2011, at 11:00 a.m. Pacific Time. Travelers will need to wait until the server maintenance is done on said date. Hu Tao’s banner was initially released back on March 2, 2021. Hu Tao’s re-run banner, Moment of Bloom, will last until November 23, 2021.

Many Travelers can’t wait to have a chance to get her on this banner re-run, so if you’re one of the lucky ones to pull her, find out what are Hu Tao’s best builds and item combinations, which this guide will be covering.

Who is Hu Tao in Genshin Impact?

Hu Tao is a playable Pyro character who is the 77th Director of the Wangsheng Funeral Parlor. She took over the position of Director at a very young age. She uses a Polearm as her weapon.

How to Get Hu Tao in Genshin Impact

You’ll have until November 23, 2021 to see if you can get to roll her on the banner for the free character.

Because Hu Tao is a 5-star character, you’ll have to be extremely lucky in order to obtain her. Fortunately, players are guaranteed to receive a legendary item or character for every 100 pulls, and if Hu Tao isn’t your first legendary on that banner, she’ll almost certainly appear as your second.

The following are all of methods of earning primogems so you can have more chances of rolling for Hu Tao:

Hu Tao is a 5-star character. Hu Tao is very good against bosses with an incredibly high rating. She’s also quite strong against mobs and is great at support thanks to being able to provide CRIT Rate for her team. She boasts high CRIT DMG, DEF, and HP. Her main weak point would be that she’s not that good when it comes to exploration.

An unwavering flame is the only thing that can cleanse the impurities of the world. Hu Tao consumes a set amount of HP in order to knock back any surrounding enemies and enter the Paramita Papilio state.

Blood Blossom Effect: Enemies affected by it will take Pyro DMG every 4s. The DMG is considered an Elemental Skill DMG. Only one Blood Blossom effect can persist on an enemy and the duration can only be refreshed by Hu Tao.

The Paramita Papilio state ends when the duration is over or when Hu Tao has fallen or left the battlefield.

Hu Tao commands a blazing spirit to attack her enemies which deals AoE Pyro DMG. When it strikes an enemy, Hu Tao regenerates a percentage of her Max HP. The effect can be triggered up to 5 times and is based on the number of enemies that were hit. DMG and HP Regeneration are increased if Hu Tao’s HP is below 50% when the enemy is hit.

When the Paramita Papilio state was activated by Guide to Afterlife and the durations ends, everyone in the party other than Hu Tao will have a 12% increase in their CRIT Rate for 8s.

The More the Merrier

When Hu Tao manages to perfectly cook a dish, she gets an 18% chance to get an extra “Suspicious” dish of the same type.

According to some Theorycrafters, Hu Tao’s best build would be using her with Xingqui. Xingqiu’s rain swords have incredible attack speed which is combined with Hu Tao’s charge attack. She’ll perform a basic attack prior to that which in turn will spark the rain swords and appy Hydro for her charge attack.

Zhongli would also be a great partner for her especially since his shield will be useful for when her health dips below 50% where two of her skills will shine.

For more character guides on Genshin Impact then you can check out our guides on Baal, Aloy, and more here.