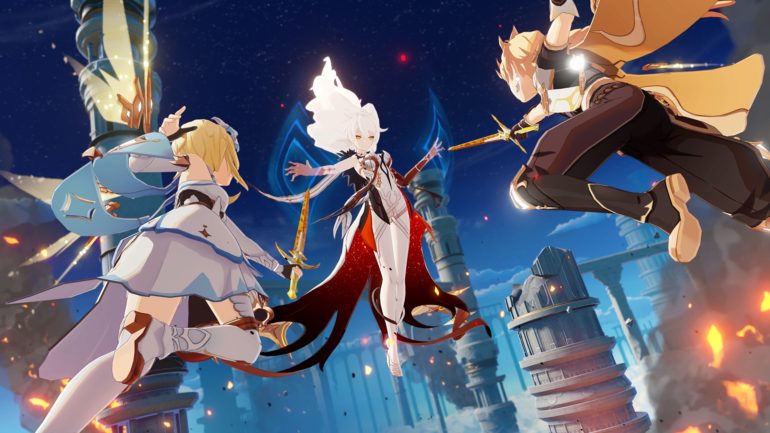 In this gaming world, players will be journeying on the land that is ruled by the seven elemental gods known as the Archons. They will take on the role as the mysterious Travel who is looking for their lost sibling and unveils the mysterious secrets of this world along the way. Join forces with over 20 playable characters along the way, meet a diverse culture, master different elemental combat and exploration.

“For the past three and a half years, our team has been working towards creating a sprawling, beautiful open-world game in which players have the freedom to explore alone or bring friends along for the journey,” said Forrest Liu, General President of miHoYo. “We’re very grateful to have over 10 million players pre-registered for Genshin Impact across PS4, PC, and mobile around the world. We can’t wait to see you all in the world of Teyvat.”

miHoYo says that this is just the beginning of the game’s journey. The release will let players explore Mondstadt and Liyue Harbor, which are two of the seven major cities in Teyvat. Each of them will have their own unique cultures, stories, and a vast surrounding countryside. Each of them has their own creatures, monsters, mysteries, and hidden creatures. The game will then follow-up with more cities, expand the story, introduces more characters, and release more seasonal events.

Players can now download the game for free on all available platforms right now. For PC version, get it on the game’s official website, which can be found here.