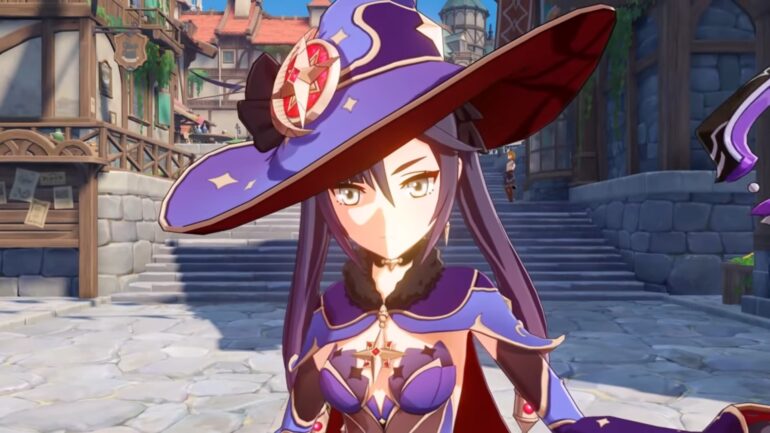 The new trailer focuses on the astrologist Mona who uses Hydro Anemo abilities in the battlefield with catalyst as her preferred weapon of choice. She has the expedition talent called Principium of Astrology, which allows her to get a 25 percent chance to refund a portion of weapon ascension materials she uses for crafting.

Mona’s normal attack is the Ripple of Fate with a charge ability that takes a small portion of stamina in order to deal more damage. Her elemental skill is the Mirror Reflection of Doom that taunts nearby enemies to attack the phantom instead of her. It also deals continuous hydro damage to them. When she sprints, she uses Illusory Torrent which makes her submerge underground as if she is underwater and continuously uses stamina until it runs out. When she emerges on nearby enemies, she deals damage and wet effect on them. This also makes her travel swiftly on water.

Mona’s elemental burst is the Stellaris Phantasm, which causes area of effect damage on enemies. Weaker enemies get imprisoned in bubbles, which take a lot of time before they can break away. Those who are affected by the elemental burst will have the omen status effect, which allows players to deal more damage than normal status.