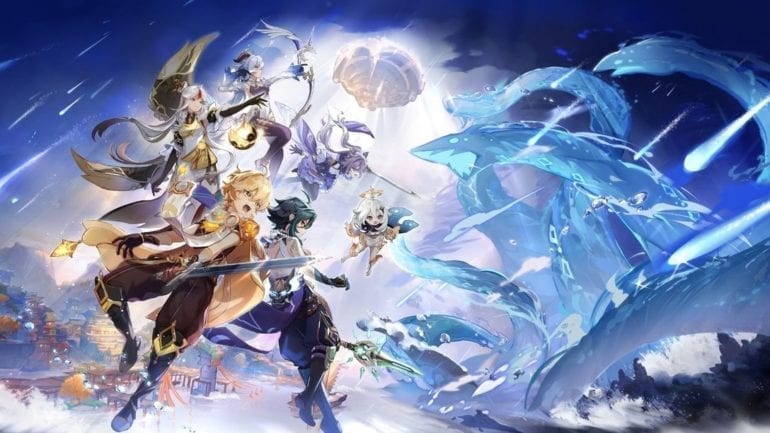 According to the studio, the game will be released on PS5 later on April 28. This will be coming together with the launch of version 1.5, Beneath the Light of Jadeite. Players will expect new improvements to the game on the new-gen console like 4K support, enhanced textures, and faster loading times.

Beneath the Light of Jadeite offers tons of new stuff like continuing the journey with Zhongli, making new friends with Eula and Yanfei, and the new Teyvat section where players can set up their own home-away-from-home.

Diona, the popular bartender of The Cat’s Tail in Mondstadt will be introduced in this new update as a hangout story. Eula is the Spindrift Knight from the same kingdom and Yanfei is a legal adviser from Liyue Harbor.

Eula is a five-star character that uses a claymore as a weapon and a Cryo Vision bearer. She has the Elemental Skill Icetide Vortex, and resistant to interruption and Cryo DMG. Her Elemental Burst deals AoE Cryo DMG to nearby foes and creates the Lightfall Sword that will follow her around for a short time.

Yanfei is a young half-human, half-illuminated beast born in Liyue during peacetime. A four-star Pyro-user that equips a catalyst in battle. She generates Scarlet Seals with a Normal Attack, elemental Skill, and Elemental Burst. The Scarlet Seals can stack that decreases Yanfei’s Stamina consumption and can be consumed to increase the power and range of her Charged attacks.

Version 1.5 adds a new Trounce Domain and a new Boss Enemy that offers a new challenge. Azhdaha is the Lord of Vishaps that was sealed deep underground. He can unleash various elemental attacks and change the environment of the battlefield. Anyone that can unlock the dungeon can travel to the Trounce Domain and claim rare weekly rewards.

There is a new boss-level enemy to fight in Dragonspine called the Cryo Hypostatis. Players will need to fight this enemy with the Sheer Cold stat. Another enemy introduced is the Abyss Lector: Violet Lightning, which is a new enemy from the Abyss. He attacks with ranged attacks and uses the power of both Electro and Hydro.

Madame Ping is offering a Serenitea Pot that players can use for their own. It can manifest an entire real within this particular medium. Players can choose from different kinds of realm styles like the Floating Abode, Emerald Peak, and Cool Isle. They can remodel it from inside and out with the help of the Tubby the teapot spirit. Travel around Teyvat to discover different furnishing blueprints that can be used to make the real ones for their home. By making more, the Trust rating will rise for Tubby, which in turn will offer more help and resources. With enough Trust, it can let players switch realm layouts.

Genshin Impact is now available on PlayStation 4, PC, Android, and iOS. The PS5 version will be available on April 28.