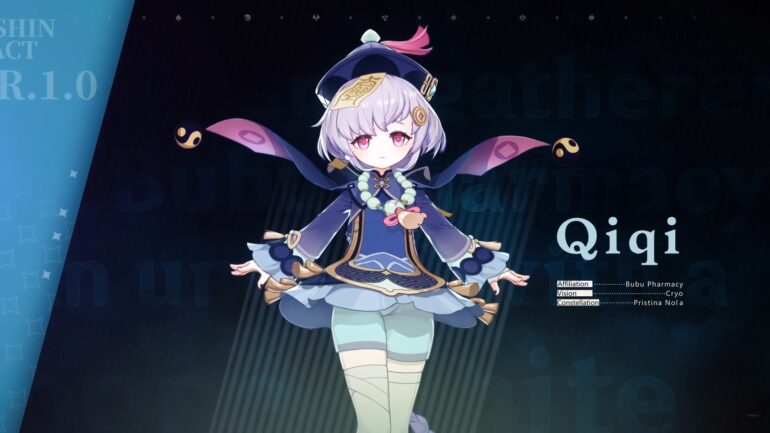 Qiqi is a zombie in the form of a child that uses Cryo Anemo in battle. She is quite the powerhouse despite her size with freezing powers at her disposal. She is useful in stopping enemies on their tracks while a follow up breaks them into little pieces.

The Bubu Pharmacy girl has the expedition talent called Former Life Memories where she can find all of the herbs and some of the treasures right away. They are all marked on the minimap.

Melee attacks are quite agile with Qiqi where she can unleash 5 continuous attacks right away. Her elemental skill is the Adeptus Art: Herald of the Frost, which deals Cryo damage to surrounding areas. Her elemental burst is the Adeptus Art: Perserver of Fortune which deals Cryo damage in AoE. It freezes everything within her immediate surroundings.