Players are having some trouble figuring this one out 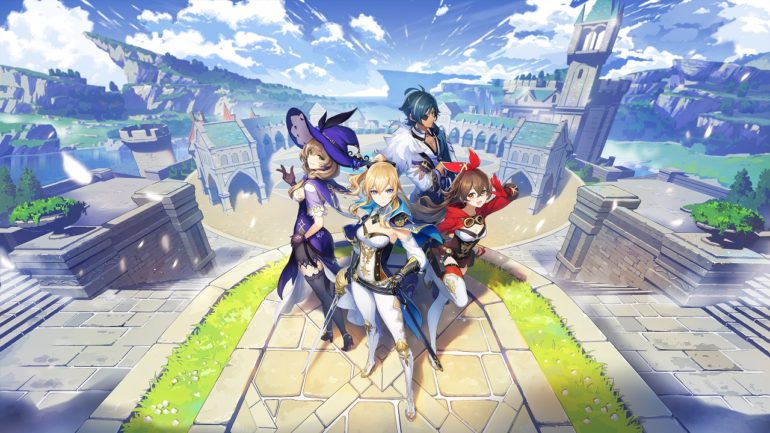 If you’ve been following the latest feed for Genshin Impact, then you should already know about Storytelling Method. It’s a mission in Inazuma that was supposed to come out by patch 2.1 as revealed by the developers.

But there seems to be a problem. Players just can’t seem to figure out how to start this mission. You can look high and low for anyone or anything that can trigger the start of the quest, but you just can’t find it. What’s going on? Are they doing something wrong?

Well, not exactly. There’s a different reason why the quest can’t be started.

Obtaining this quest is a time-consuming endeavor due to the fact that it is locked behind some Daily Commissions.

Storytelling Method should be an Inazuma world quest. And it definitely should be a part of the patch 2.1 that just came out. But it turns out that developers, miHoYo, haven’t fully implemented all the planned content for the patch just yet. Fear not, this quest will come eventually. But like the large updates Genshin Impact has received before, miHoYo will slowly be rolling out everything in due time.

Once this quest comes out though, how will you start it?

How to Start Storytelling Method Quest

Storytelling Method can be triggered by talking to an NPC in Inazuma City. If you’ve done commissions for him, then you’ll definitely recognize Junkichi. He’s your man.

The NPC Junkichi is a writer.

In the Is this Novel Amazing quest, we learn that Junkichi missed his deadlines for the new novel “Onibudo” because he is stuck at a critical point in the story. As a result, he needs a little inspiration to finish his book.

To motivate Junkichi, players need only select the correct answers from a list of options. It is a fairly easy quest to complete.

You’ll find that he’s having a bit of a writer’s block and he needs your help to finish his novel. This is the start of the quest.

There are 2 Daily Commissions that players can complete that will unlock the Storytelling Method quest:

It appears that fulfilling the This Novel… Seems Familiar daily commission, which requires players to visit Shigeru and Junkichi yet again, is the most popular and convenient method of unlocking the Storytelling Method.

After completing this daily commission, Junkichi instructs the traveler to collect three books and present to him the correct book.

In order to unlock the Storytelling Method World Quest in Genshin Impact, out of the 3 books, players must present Junkichi Literature Club (and not the other two books) to Junkichi.

Junkichi is thinking of a storyline for a novel that involves a supremely-skilled ninja that has all sorts of abilities to infiltrate an enemy fortress to retrieve an intel. He was talking to Shigeru, another NPC, who happens to be his editor from Yae Publishing House.

Shigeru is criticizing Junkichi about how not organizing his narrative devices properly would affect the structure of his novel overall. But Junkichi remains stubborn and decides to stick to his creative principles no matter what.

Since both of them could not agree, they ask you, the Traveler, to be the judge. Junkichi will narrate the story and the Traveler will have to get a feel for Junkichi’s story.

After Junkichi tells the story, he will come to realize how exhausted he is by having to write such a complicated plot. Shigeru lectures him by saying that’s what he gets if he doesn’t decide on narrative devices early on to predetermine the outcome of the story he is trying to tell.

Junkichi decides that he is too tired to argue back. He rewards you, the Traveler for your insights. This quest end with him thinking which is really more important. Narrative devices or narrative?

For sure, Storytelling method is one of the many new quests in Genshin Impact which Travelers can gain a lot of rewards upon its completion such as Primogems, Adventure XP, Mora, Guide books, Hero’s Wit, Enhancement Ores, and so much more.

What are World Quests in Genshin Impact?

World Quests provide a window into the world’s various cultures and histories. To begin some World Quests, the player must locate the starting NPC first. It is also possible that some of these quests require the completion of certain Archon Quest or Adventure Rank requirements. As a result, a number of World Quests are linked to each other and require completion of previous quests to be unlocked.

If you also want, check out another World Quest: The Fertilizer Salesperson Quest, check it here. In the meantime, you can check out our other guides for Genshin Impact while waiting for Storytelling Method. Haven’t unlocked Aloy yet? You can get her for free by following our guide. We have her skills, abilities, and background to help you learn more about Nora Hunter.