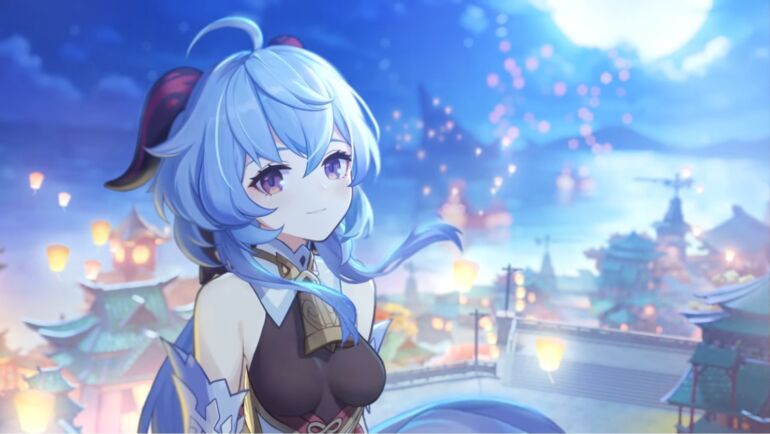 The new teaser trailer features the Yuehai Pavillion secretary Ganyu. She is the one that handles the calculations and data behind the Qixing’s every decision in Liyue. She has also made a contract with Rex Lapis that she signed three thousand years ago.

Ganyu can use her special Charge Level 2 Aimed Shot and Elemental Burst to deal AoE damage to enemies. She uses a bow, her vision is Cryo, and her affiliation is the Yuehai Pavilion. Her normal attack can perform up to 6 consecutive shots with a bow. Her charged attack performs a more precise Aimed Shot with increased damage. While aiming, an icy aura will be charged at the tip of the arrowhead before it is launched. It has different effects based on how long the energy has been charged.

The Frostflake Arrow will then bloom after hitting the target and in turn deals AoE Cryo Damage.

The Trail of the Qilin leaves a single Ice Lotus behind and Ganyu backs up. It shuns all impurity and deals AoE Cryo Damage. It then taunts continuously on surrounding enemies, which attracts them to attack it. The endurance of the Ice Lotus depends on Ganyu’s max HP and it blooms profusely when destroyed or once its duration ends. That will then deal AoE Cryo Damage.

The Celestial Shower attack lets Ganyu summon a Sacred Cryo Pearl that exorcises evil. When active, it will continuously rain down shards of ice and strikes opponents within range and deals Cryo Damage.