We're finally getting answers on what Version 2.0 is all about. 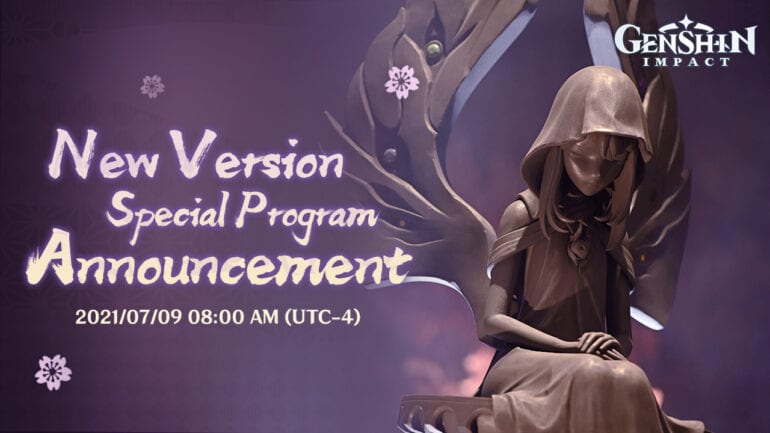 Game studio miHoYo has recently announced that there will be a new Genshin Impact broadcast happening soon.

The upcoming broadcast will be talking about details of the next update, version 2.0. It will be airing on July 9, 2021 at 5 AM PT/ 8 AM ET. No other details were revealed aside from the broadcast date and time.

To catch the live broadcast, fans only need to visit the official Genshin Impact Twitch account. There will be a full recorded version later on its official YouTube account.

There have been leaks in regards to what the version 2.0 broadcast will talk about. Some claim that it will announce the cross-save feature for the game, which will allow players to use their saves on one platform to another via a universal account that miHoYo will provide. Others speculate that it will introduce a new Anemos character in the game.

Genshin Impact is now available on mobile devices, PC, PlayStation 4, and PS5. A Nintendo Switch version is in the works.