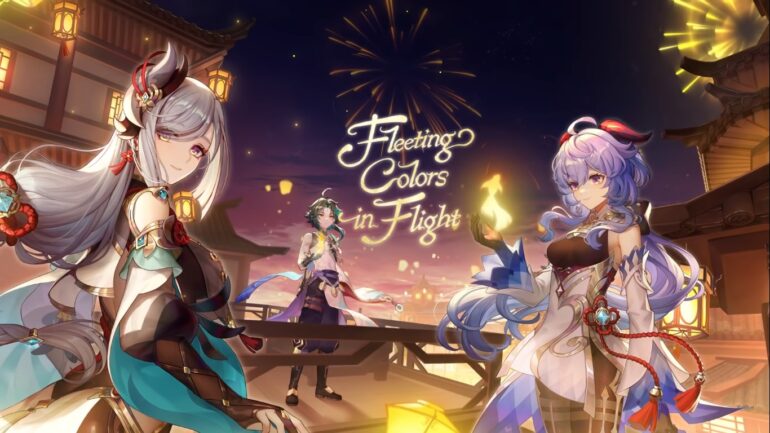 Developer miHoYo has recently revealed details on Genshin Impact Version 2.4. Titled Fleeting Colors in Flight, it is the first update 2022 and is scheduled for release in January 5th, 2022. Techinical Director, Zhenzhong Yi, goes into detail with what’s coming including new characters and a mysterious new area.

New characters Yun Jin and Shenhe join previously characters in rebuilding the Jade Chamber, which was destroyed to defeat the ancient god and sea monster Osial during the Archon Quest.

Players who pitch and help have a chance of getting rich rewards including 10 Intertwined Fates and a free four-star Liyue character of their choosing.

Additionally, Ningguang’s new outfit Orchid’s Evening Gown can also be redeemed for free during the Lantern Rite. Keqing’s new outfit Opulent Splendor will be on sale with a limited-time discount.

The new area being added as of version 2.4, is the newly-awakened underwater nation, Enkanomiya, that was alluded in the past and has been sealed away for thousands of years.

Enkanomiya is a huge floating island located beneath the ocean. Constantly eroded by the Abyss, its depths are somehow disconnected from the world. Up until the rise of an ancient civilization, the land had no day and night cycles. But using advanced technology, the peolpe of Enkanomiya created an artificial sun, Dainichi Mikoshi, and thus achieving some semblance of normalcy.

Finally, miHoYo has introduced a few changes to better optimize the game across all platforms. Here’s to hoping for another great year for the game.