Check out the featured weapons you can pull with this new banner! 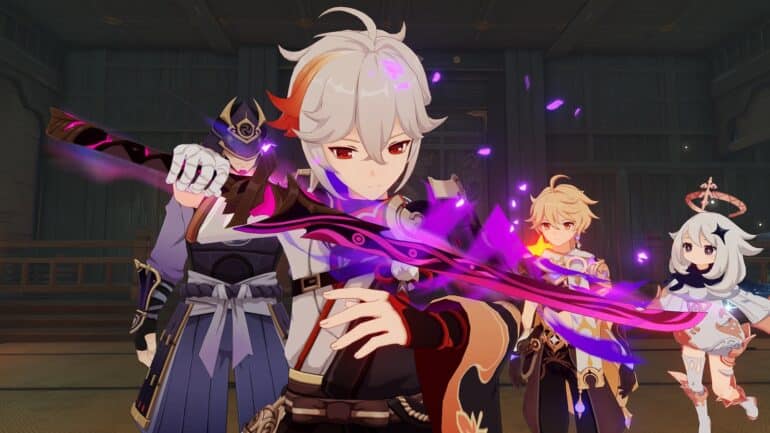 HoYoVerse has now announced the Genshin Impact version 2.8 weapon banner and its contents.

The Event Wish “Epitome Invocation” will offer boosted drop rates for certain weapons, which are the Freedom-Sworn (Sword) and the Lost Prayer to the Sacred Winds (Catalyst). The Event Wish duration will start when Version 2.8 update gets released and it will end by August 2, 2022.

Check out the full list of weapons that can be pulled:

Many suggest that the Freedom-Sworn sword should be the pulled since it would be perfect for featured character Kaedehara Kazuha. It offers the best Elemental Mastery stats, which is perfect for Anemo characters.

The other weapon is the Lost Prayer to the Sacred Winds, a perfect catalyst for DPS catalyst characters like Klee. It has a significant movement speed boost, best for catalyst users since they need to change positions in battles.