The next update revealed! 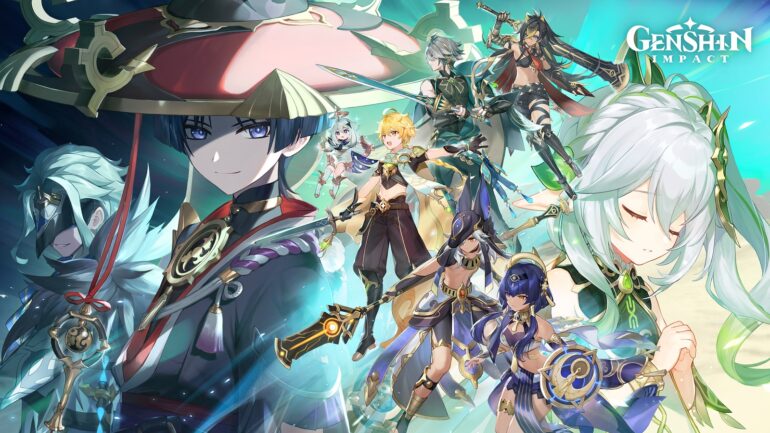 HoYoVerse has recently announced the Genshin Impact Version 3.1 release date and other details.

Genshin Impact Version 3.1 “King Deshret and the Three Magi” has been announced and its release date is September 28, 2022. Players will now be heading westward, passing through the rainforest to emerge into the beautiful desert. They will now be exploring this new region and uncovering the legends of King Deshret and clues to the past buried in the sand. They also revealed the three new Sumeru characters that everyone has been waiting for: Candace, Nilou, and Cyno.

Players will be visiting the massive Mausoleum of King Deshret when they arrive in the desert of Sumeru. It is in the center of the rather bleak and barren sands. The King may have perished, but his legends and technologies are still being gossiped about by the Desertfolk while the mechanisms and robots guard his resting place.

Players will be challenged by puzzles, mechanics, and robotic guardians that are powered by ancient technologies of King Deshret. The most dangerous of them all is the Algorithm of Semi-Intransient Matrix of Overseer Network due to its ability to become invisible in combat. There is also another Boss Enemy called the Aeonblight Drake that can be found in the rainforest.

Creatures of the Sands

Players can encounter other creatures here like the Sumpter Beast, Desert Fox, Quicksand Unagi, Red Vulture, Scorpion, and Scarab. The Aaru Village is the largest settlement to visit here as it is the solid fortress for the Desertfolk.

The Archon Quest in Sumeru will continue in these desert lands. They will also encounter two Fatui Harbingers, Il Dottore and Scaramouche, which seem to have some devious plans in the Nation of Wisdom.

Candace is a half-blood descendant of King Deshret and guards the Aaru Village with her shield, polearm and Hydro vision. She is usually gentle and amiable to people, but when it comes to combat, she is fierce and very skillful in fighting threats.

Nilou is a dancer whose dances have a calming effect on people. In combat, Nilou prefers the sword and uses the power of Hydro. Her Elemental Skill has two different dance moves, the Sword Dance and Whirling Step, which deal different effects and damage respectively.

General Mahamatra Cyno is a veteran in battle using a polearm and the power Electro. His Elemental Burst calls upon a divine spirit to indwell him to morph into the Pactsworn Pathclearer. In this state, his Normal, Charged, and Plunging Attacks will be converted to Electro Damage that cannot be overridden. He also gains multiple buffs including increased Elemental Mastery, resistance to interruption, and immunity to Electro-charged damage.

A new Trading Card game is going to be added this coming Version 3.3, which is called Genius Invokation.