Genshin Impact: What is the Fishing System and How to Unlock It

Explaining this new minigame and what to complete in order to unlock it. 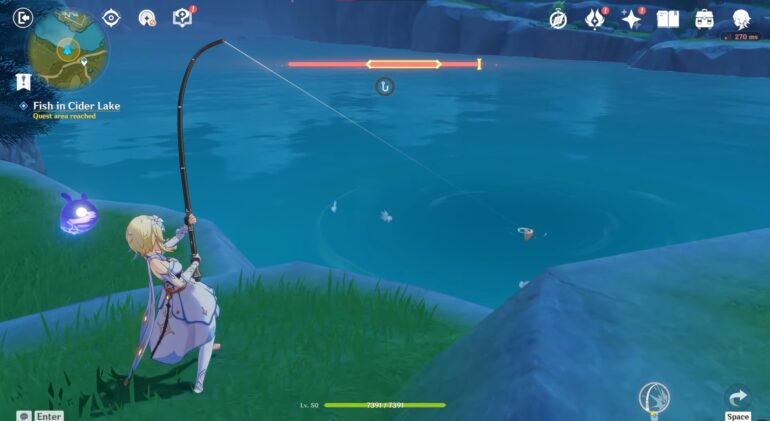 Genshin Impact is an online video game where it has tons of RPG elements. Just like any other RPGs out there, it should have mini-games, right? With the release of update version 2.1, it has now gained another prominent mini-game feature like any other RPGs have: fishing. Here is a Genshin Impact guide discussing what the Fishing System is all about and how to unlock it for the first time.

How to Unlock the Fishing System in Genshin Impact

In order to unlock the fishing system, there are two prerequisites to accomplish: unlocking the Serenitea Pot System and completing the Exploding Population quest. Once you complete those two, you can now start fishing in Teyvat for real.

You can still shoot random fish for cooking materials, but the fishing spots will be exclusive for catching exotic fish that can be exchanged for some rewards.

What is the Genshin Impact Fishing System?

miHoYo has released the Fishing System as a new gameplay mechanic with the release of the update version 2.1 on Genshin Impact. Players would have noticed certain strange “ripples” with exotic fish appearing all around the world of Teyvat and even when they try shooting arrows with it, nothing happens. These are the fishing spots where players can catch fish with a fishing rod and bait.

Players can now enjoy catching various types of exotic fish and exchange them for prizes at select shops! There is one grand prize that you must not miss, a weapon with high stats!

If you want to check out more guides about the Fishing System in Genshin Impact, check it here.