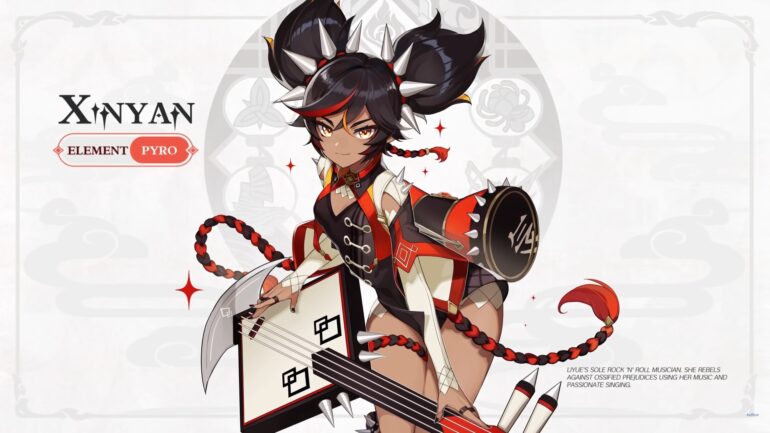 Xinyan will be joining Zhongli in a new featured limited gacha banner. She uses Pyro Vision and her weapon of choice is a Claymore. She can also use Shield Elemental to protect herself from harm temporarily. Even though she is a four-star character, she has become fan favorite already with her interesting rocker style.

This new character’s Elemental Burst reveals her guitar skills and engulf her surroundings with flame. Her shield’s durability will depend on her Def stat and the amount of damage it can withstand. Her title is the Blazing Riff and currently joining the main character for her world tour.