And one of them is a big shocker. 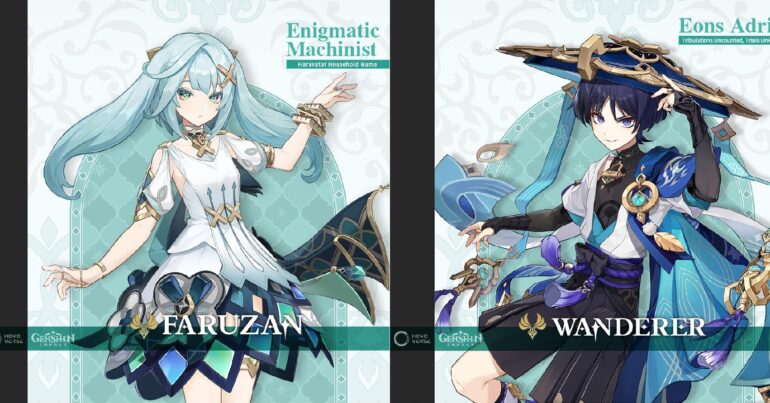 HoYoVerse just revealed the two new characters that will be joining the roster in Genshin Impact version 3.3 and one of them might have just spoiled the ending for the current version.

Two new characters will be joining the roster in the upcoming Genshin Impact version 3.3. Based on the usual update schedule, the new update will launch in the first part of December 2022.

The Wanderer aka Scaramouche

The first character is the Wanderer, which is obviously Scaramouche who is also the most anticipated character for the next update. As early as his first appearance, everyone was wondering if he was going to become a playable character and now it has been confirmed.

As Scaramouche is currently a weekly boss in the Sumeru Arc, there is still no detail on how he will switch sides. It will probably be due to the Traveler who would inspire him to do his own travels, which could be the reason for his new nickname, Wanderer. He is also confirmed to be using an Anemo Vision, which is still a mystery for his switch.

The other new character is Faruzan who is still a mystery as she only has a few details. She is a member of the Sumeru Akademiya who vanished suddenly from the region. It was confirmed that she will be a new Anemo character like the Wanderer. No word yet on what her weapon is, but some suspect she will use a bow.