Get Even Review – Questions Your Sanity 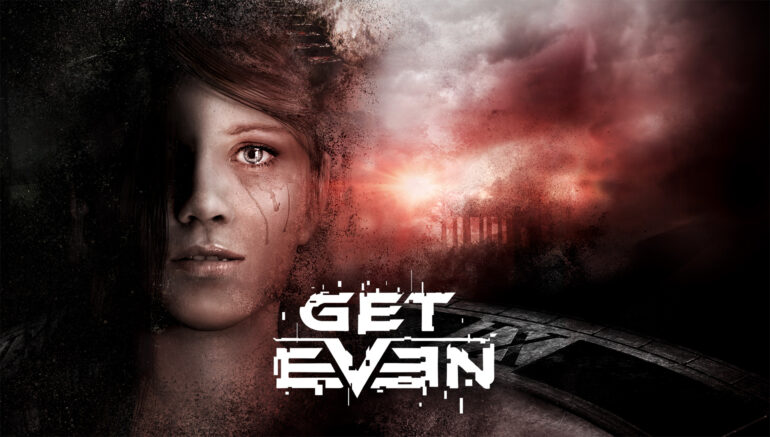 In this world that we live in, we often question if what is happening to us is even real. We have paradoxical beliefs, thoughts  and discussions that this kind of reality is not what it seems and maybe – just maybe – all of us are under a lucid dream all along. This is exactly how you will feel while playing Get Even. 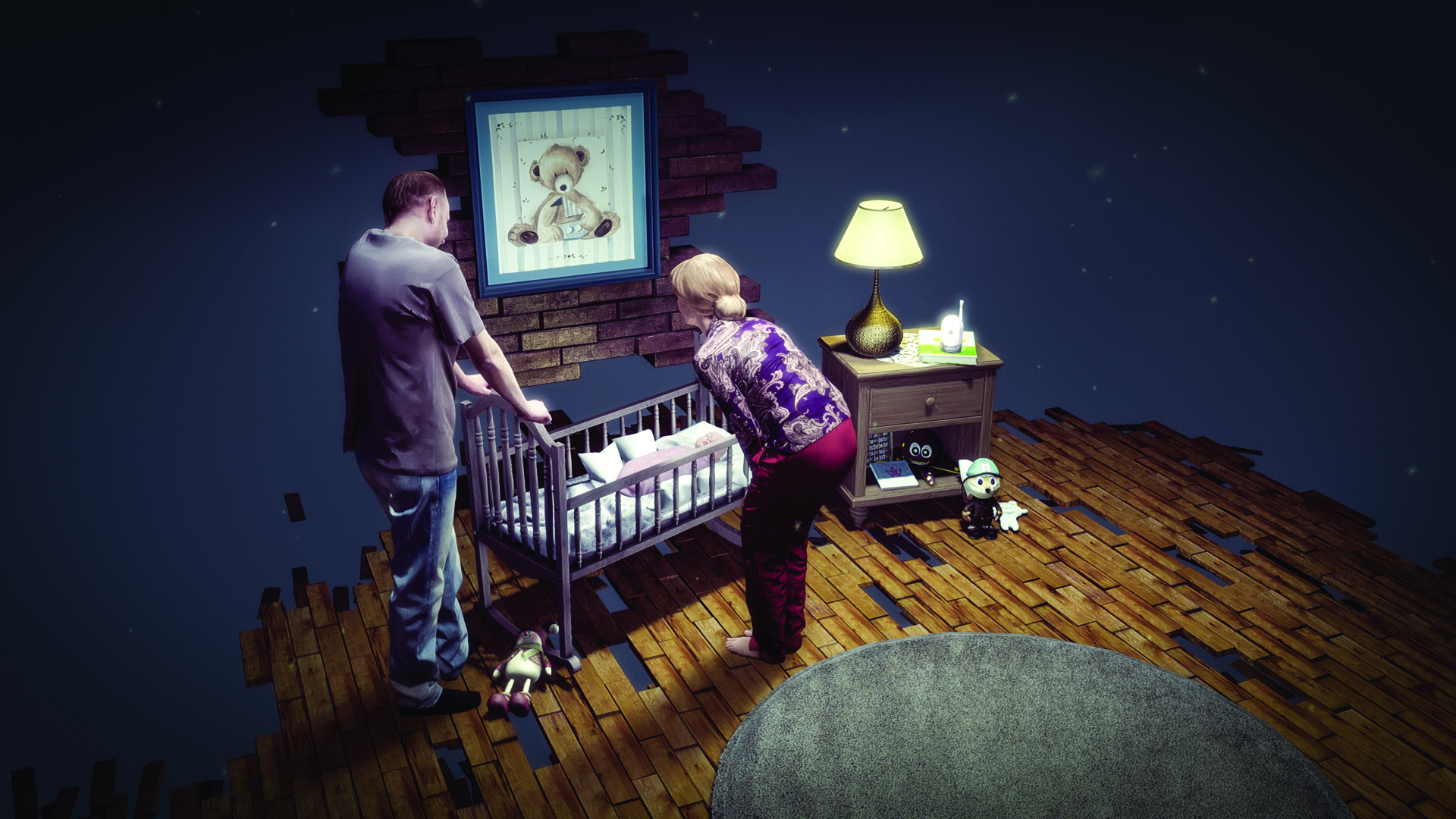 You play as Cole Black, a mysterious hired gun, who lost all of his memories except about a girl, a bomb and an explosion where he wasn’t able to save her. Making things more complicated and even more confusing as you go through the story. This is his quest, as he uncover pieces of his memories. He is fitted with a VR-like device called Pandora – much like Animus to launch his memories to reality and for him to be able to redo it, bringing back vital information that he has forgotten.

Uncovering such information is both a torment and a satisfaction at the same time. Torment as you have to go through puzzles which is out of the ordinary – which I very much admire as it is not conventional. Figuring these puzzles out is not easy and having your mobile phone as one of your survival tools helps a lot. It is equipped with a thermal scanner, to track heat patterns and to interact objects around you to gather information and put them together to solve its mystery.

A UV light to track blood stains and could also be used as a torch when the room gets awfully dark  and a much needed map to help you navigate the level. The map will also detect enemies and their vision, which will help you hide from. You can also read emails and messages which will also help you understand the storyline.  This mobile phone is a top notch invention of modern technology.

At times, it will tell you that there are no other living/breathing characters around you. This is very relatable to a lot of people because at this modern age, we are so reliant on our phones to get more information. Your character will then ‘guided’ by a cloaked identity who named himself Red. Neither friend nor foe, you don’t have any choice but to follow his every directions. Amnesiac type of gameplay has allured many gamers because of the unknown. But this game has actually pulled this to another dimension. 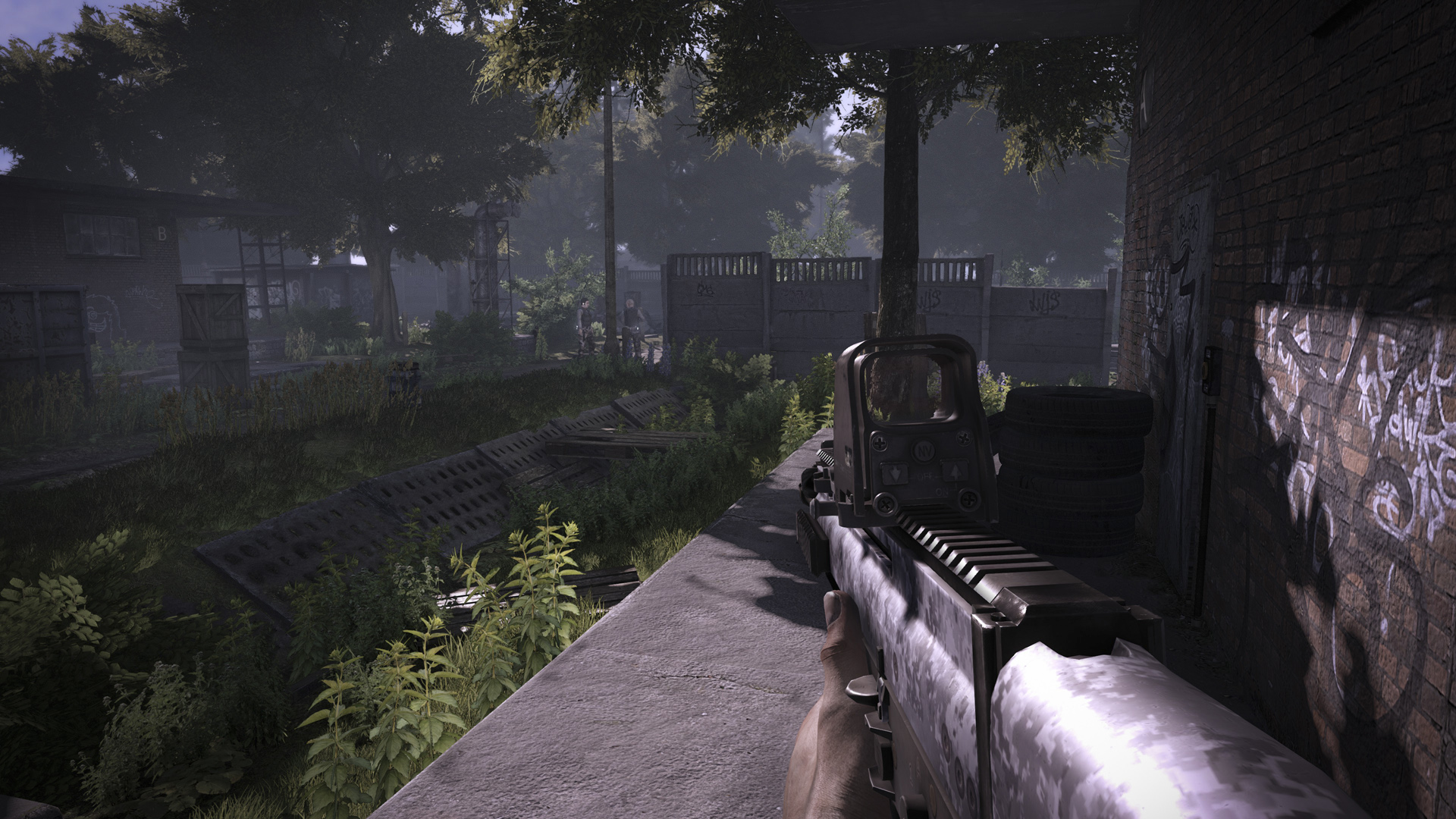 This game might look like an FPS (First Person Shooter) but it is quite different when you begin playing it. You will have access to a unique gun called Corner Gun, where you guessed it, you can shoot from corners, without being detected by your enemies. The device is attached to your phone, locates the enemies using heat sensors. The barrel of this guns bends at 90 degrees perfect for shooting when you are hiding behind walls or doors.

You can even point the gun at the ceiling and bend it left or right – foolproof if you are hiding on a hole in the floor or the ceiling. But you have to think twice before killing anyone in this game, as this has serious consequences later on – as warned by Red. In fact, all your actions in this game will affect the denouement of Red, Black (how Cole Black is always called in this game) and the girl with the bomb. In spite of how helpful this tool is, it could get really confusing at the heat of the moment when used. So you would have to switch to a pistol or a rifle in a gunfight.

It’s a gameplay that not only focuses on shooting people but discovering the unknown, every discovery a step towards the truth. Every turn you did not explore will only spur more questions. Every room or map you explore looks so realistic since this is the first game that uses large scale, real-world scanning to create expansive and life-like environments bringing this gritty universe to life.

You can’t help but feel bugs running under your skin when you wake up to a room full of menacing stuffed animals just simply  looking at you. It truly looks like a movie where there is that budding fear in every corner you turn, every revelation you make. Every death that welcomes you when you walk into a room is no longer a surprise but a natural scene. Screenplay was actually made by the same writers who has written for mentalist Derren Brown. So expect a few deception, lots of ambiguity and tons of excitement. 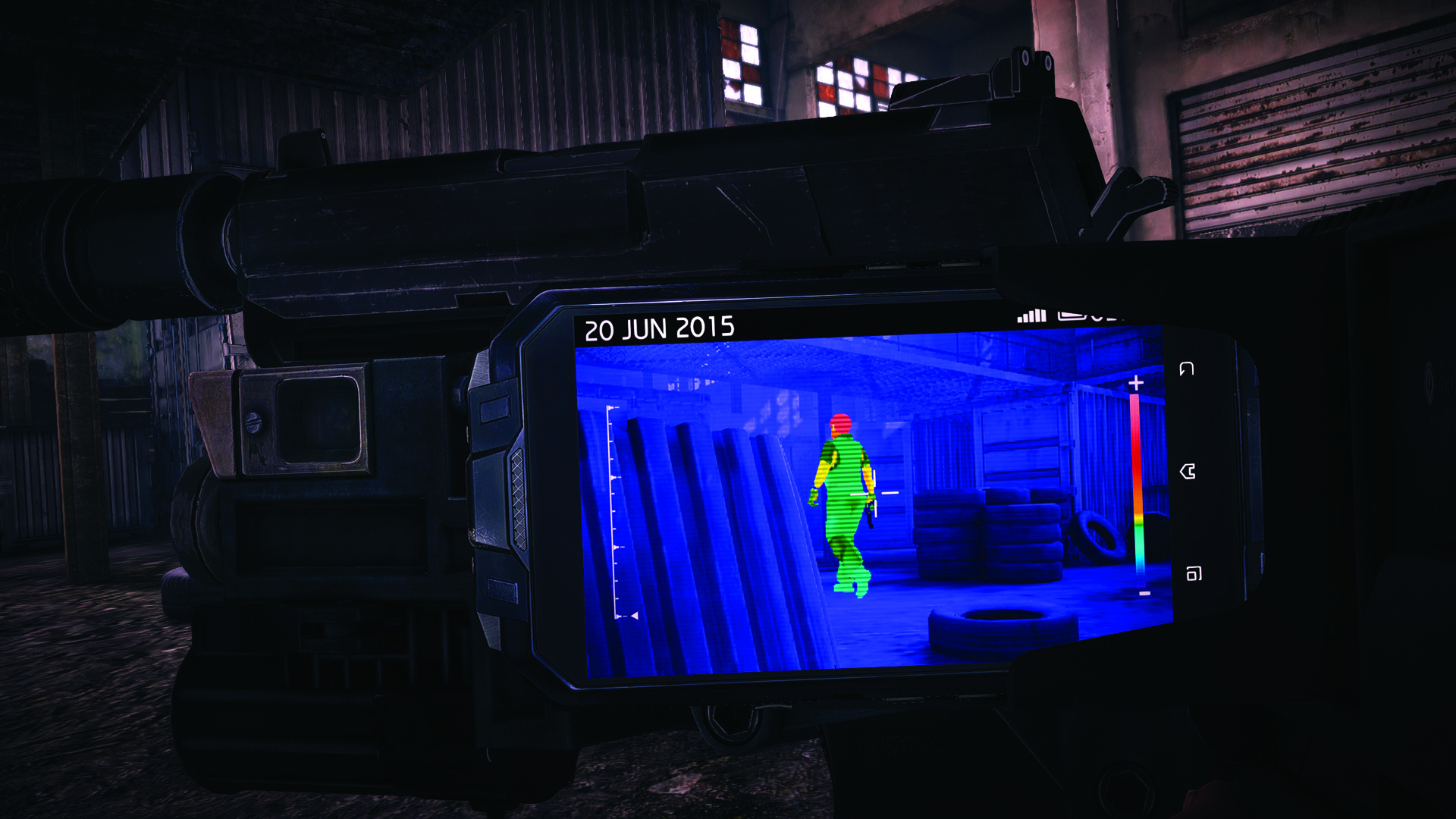 Graphics for this aren’t that good as the colors are muddy and low grade textures. But the sound experience is spectacular. Footsteps and gun sounds are spot on and the heavy breathing addition when running away is a nice touch to the game. The music is also superb as it features creepy music that fits well with the game.

With every interaction you do, there is a unique sound accompanied to it so you would know you are about to change the plot with that decision you just made. Sometimes though the music gives me a hint that something important or terrifying is about to happen and that doesn’t really build a lot of momentum since at that point you are already ‘expecting’ something; meaning whatever you find no longer is an amusement but a relief since that loud heavy music is gone.

It is a unique experience on its own. Looking out for clues and figuring them out, especially to move on to the next level feels like Sherlock. It has a lot of moments where you are confused, angry, sad or the amusement of saying out loud ‘what the Fs going on.’ The moment you find solve a puzzle – you just want find more. It’s quite addicting. It has a great storytelling as you explore your memories and memories of others. Prepare freaky scenes, peculiar characters and an ambitious story. 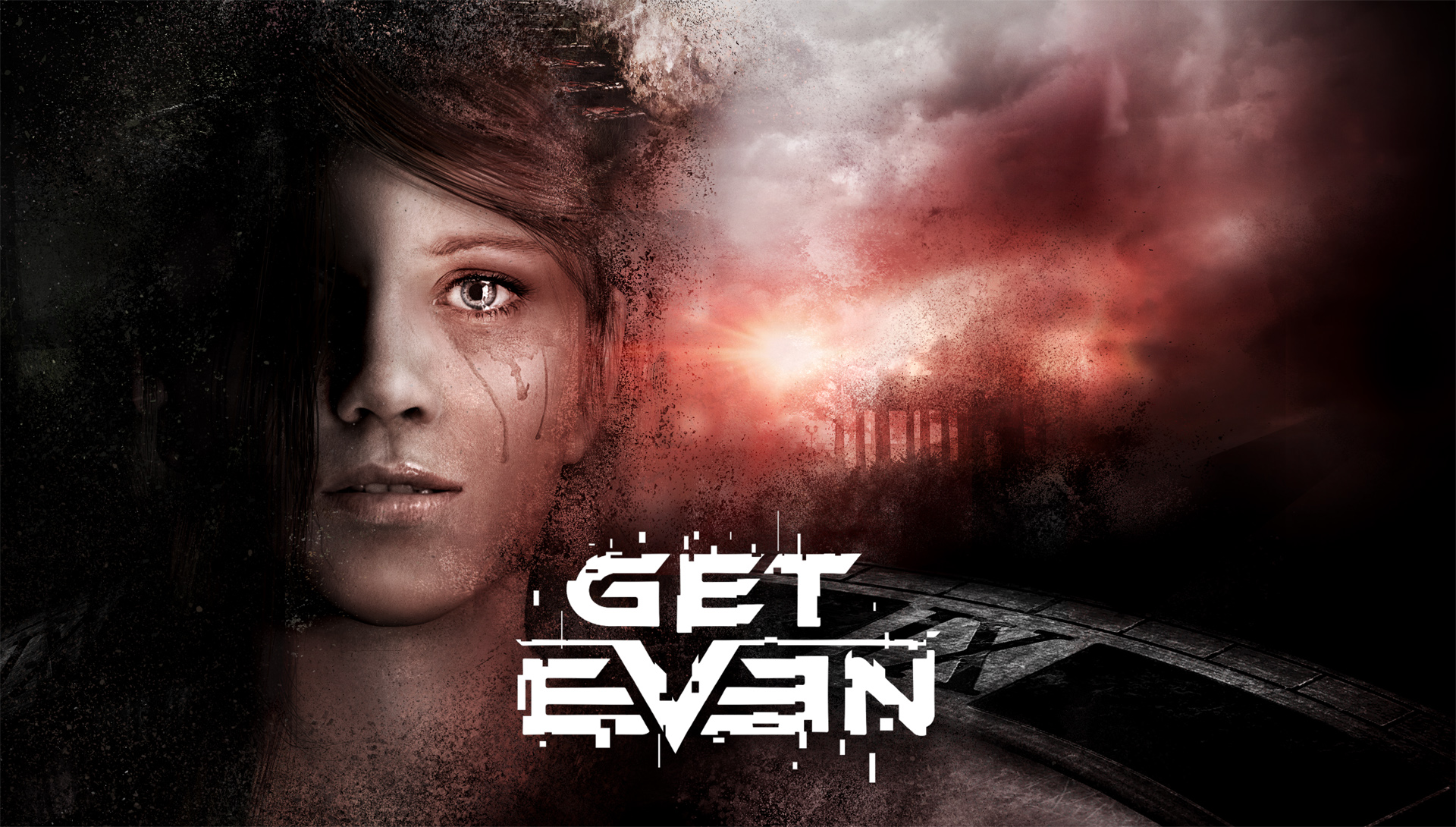 Score Definition
We tell you, it’s a good game! It’s not average! It might have some problems here and there, but you have to admit it is a “Good” game.
Pros
Psyhocological gameplay
Lengthy Experience
Superb sound design
CornerGun an innovative weapon added to the mix
Cons
Very complicated puzzles slows the game
Common shooting mechanics
Muddy colors
7.8
Good