Getting Ready For Some Music As 2K Games Announces WWE 2K18’s Soundtrack! 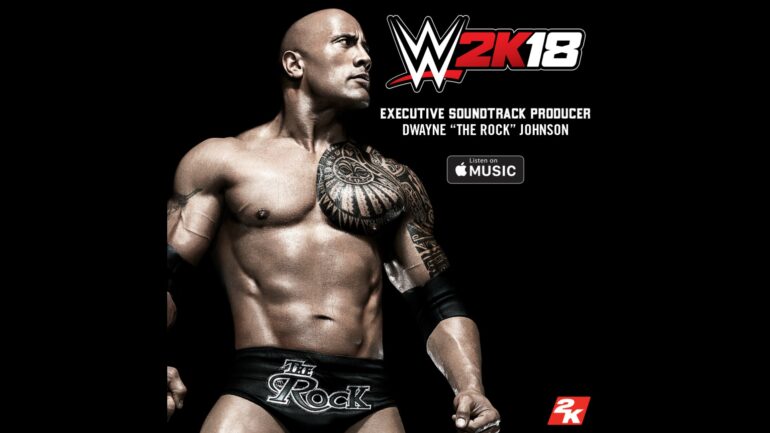 2K announced the in-game soundtrack details for WWE 2K18, the forthcoming release in the flagship WWE video game franchise. Executive produced and personally curated by legendary WWE Superstar and global icon Dwayne “The Rock®” Johnson, the soundtrack will feature 11 unique songs that represent many of Johnson’s favorite artists and music genres, including hip-hop, classic rock, hard rock, blues, R&B and soul. In addition, Apple Music will serve as the premier streaming provider for the WWE 2K18 in-game soundtrack, which is available now for streaming at apple.co/wwe2k.

“Music is one of my soul’s anchors. All genres. I’m excited to celebrate my WWE roots by partnering with the 2K and Apple Music teams and share some of my favorite hardcore training songs with fans all over the world,” said Johnson.

The WWE 2K18 in-game soundtrack, executive produced by Johnson, will include the following artists and songs:

“Over the years we have collaborated with some of the world’s most popular artists, including Florida Georgia Line, Metallica, The Weeknd and Diddy to name a few, but partnering with one of our own is always special,” said Neil Lawi, Senior Vice President and General Manager, WWE Music Group. “Working with Dwayne is always a creative and inspirational experience, and we are thrilled to partner with him on this year’s WWE 2K18 soundtrack, and bring his diverse selection to our fans around the world.”

“For the past few years, we have presented music as an integral part of both WWE and WWE 2K culture by aligning with several big names in music and entertainment, from Sean Combs a.k.a. Puff Daddy for WWE 2K17 to our WWE Superstar John Cena® and Wiz Khalifa collaboration for WWE 2K15,” said Chris Snyder, Vice President of Marketing at 2K. “The opportunity to work with an individual as accomplished, down-to-earth and respected as Dwayne – our inaugural WWE 2K cover Superstar for WWE 2K14 – significantly complements the gameplay content and overall experience we look to deliver every year.”

WWE 2K18 launches on PS4, Xbox One, and Nintendo switch this October 16.