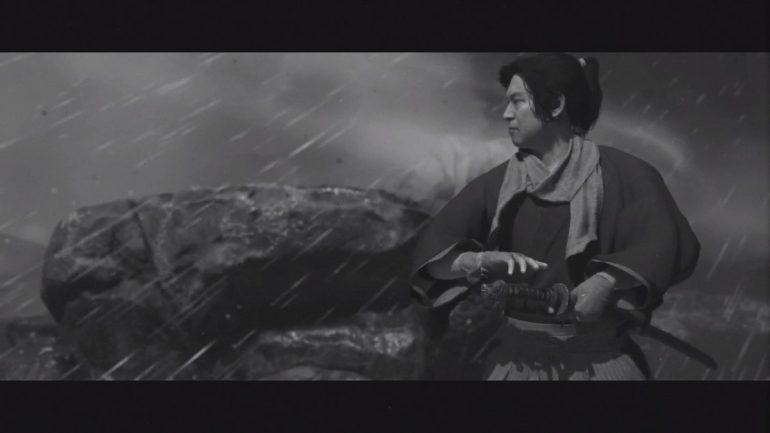 It is no surprise that game studio Sucker Punch had big influences on Akira Kurosawa’s biggest samurai films like Seven Samurai and Sanjuro to develop upcoming and most anticipated video game Ghost of Tsushima.

Creative Directors Jason Connell and Nate Fox confirm this in an interview with EW. They even created a new cinematic mode in order to honor the late legendary Japanese film director who died in 1998. And in order to make it official, they had to ask the blessing from Kurosawa’s estate.

Fox reveals that Sanjuro was a major influence due to a standoff featured at the very end of the film where two samurai warriors were waiting for each other to make the first move. With one strike of the sword, the opponent dies. The developers were trying to translate that epic scene in their upcoming game directly. The classic Seven Samurai also depicts Fox’s concept of what a samurai is to him.

The cinematic mode that closely resembles the films of Kurosawa is aptly called Kurosawa mode. It is a black and white cinematic mode that would mirror the late filmmaker’s style. It offers players a chance to feel like they are in a samurai movie. They sent a short video showing what it generally looks and feels like. Since they got to use the mode, it seems they got the blessing from the estate without any problems.

We actually did some research on the curves that may have existed on that kind of film that [Kurosawa] might’ve used.

Analysis was needed in order to closely remake the film technique that the late Kurosawa used. Different scenes were scanned checking the depth of the blacks and whites in order to get that feel. They then added a film grain to make the mode look like it came out from a Kurosawa film.

So when you finally get to play the most anticipated video game this month, tryout Kurosawa mode. You might just feel like a samurai from that era.