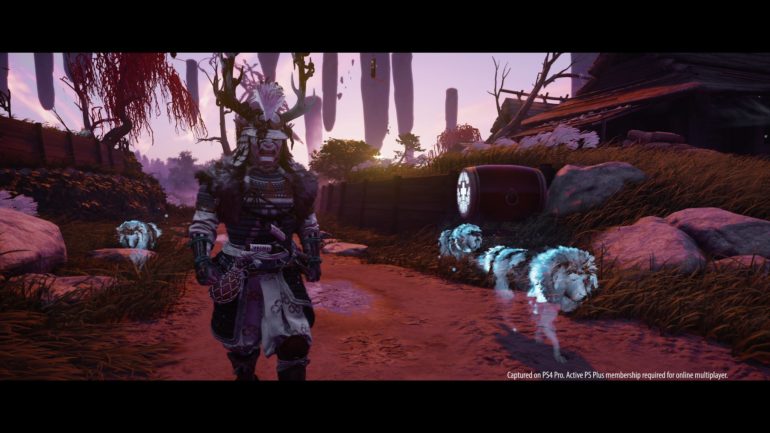 Sucker Punch Productions Senior Game Designer Darren Bridges is happy to announce that popular video game Ghost of Tsushima will be getting its most anticipated major update within this month.

Bridges revealed that version 1.1 will be launched on Oct. 16 for physical and digital copies of the game. This will be a free major update for all players. It will also introduce the most awaited mode of all: Ghost of Tsushima: Legends. This is a brand new co-op multiplayer mode inspired by Japanese mythology.

Version 1.1 will also introduce a whole lot of new content for the main single-player campaign. It will add New Game+, which means players who have finished the main game can go back to the beginning bringing with them powerful weapons, armor, and vanity items that were obtained from the previous playthrough. Techniques will be retained as well and the difficulty will be increase, but players can tone it down with the menu settings.

New Game+ also adds the New Game+ horse, which has a vibrant red mane and a unique saddle. New powerful Charms are to be had in this new mode that could release quite powerful attacks. It could definitely change the way players play the game. There is also an additional upgrade for swords, bows, and armor.

New trophies are to be had in New Game+ and will appear in a different section of the Trophy list. Of course it will not count to the main Platinum Trophy.

Another exclusive feature of the New Game+ is this eerie and mysterious new flower merchant. There is also a new type of flower called the Ghost Flower. It can be earned in this new mode and the flower merchant can be found in Ariake. For those who have finished a Tale or activity and already have the reward, it will be replaced by the Ghost Flowers. In this way, players will return to such activities again to get rewarded by these new flowers.

Players can get new different armor dyes and other vanity gear that are exclusive in New Game+ only. These will have more elaborate designs. Powerful new charms will be sold as well.

Aside from the New Game+ additions, version 1.1 allows players to enable Armor Loadouts. This will allow them to assign all Charms and vanity items to each armor set so that they can easily swap between loadouts to match their playstyle.

Total play time is now displayed when players select a saved game file to load. There are also new options to find in Photo Mode.

Ghost of Tsushima: Legends will feature two-player story mission and four-play survival missions. There is also a Raid mode that will be released in the following weeks after the launch. Players can just download the multiplayer mode for free. It needs an internet connection and an active PlayStation Plus subscription to play with friends.

When update version 1.1 will be installed, a new character will be found in different towns and locations in the island called Gyozen the Storyteller. He will tell stories of his homeland where he talks about the Ghosts.

When players speak to Gyozen, they will be given access to the lobby of the multiplayer mode, but they can also do that via title menu, pause menu, or just accepting the PSN invitation from a friend.

There are four classes to choose from in Legends and each of them has their own unique advantages. Players will have to finish a short tutorial and be asked to choose which class to unlock first. As players rank up, they will unlock each of the remaining classes in time.

Aside from having their own unique starting ability, each class can unlock an alternate ability as they progress. There are also Charms that are specific to the class as well as ranged weapons.

Here are the four classes:

The story missions can only be done by two players and will take them to Gyozen’s stories about what is really happening in Tsushima. As players unlock higher difficulties, they will fight against new enemies, find new encounters, get better rewards, and see new bonus objectives.

Survival missions allow four players to team up fighting against a lot of enemies in waves while defending different locations in Tsushima. They can use blessings to help players like lighting enemies on fire, or summon a Spirit Bear for help. The longer they survive, the more rewards they earn that can be used in this mode.

Raids will need up to four players with top skills, gear, and abilities in order to survive Iyo’s realm. This is an epic three-part adventure and will need good teamwork and communication.

Photo mode will be featured in this mode with the ability show off different armor, masks, and emotes that can be earned. Legends has tons of cosmetics to unlock via gameplay only. No microtransactions needed for these items. The higher the challenges, the better and rare gear can be gained. New trophies can be earned as well and will be in a separate section of the Trophy list.

Ghost of Tsushima is exclusively available on PlayStation 4.