Ghost Recon Frontline Is Going to be A F2P All-Out Warfare FPS! 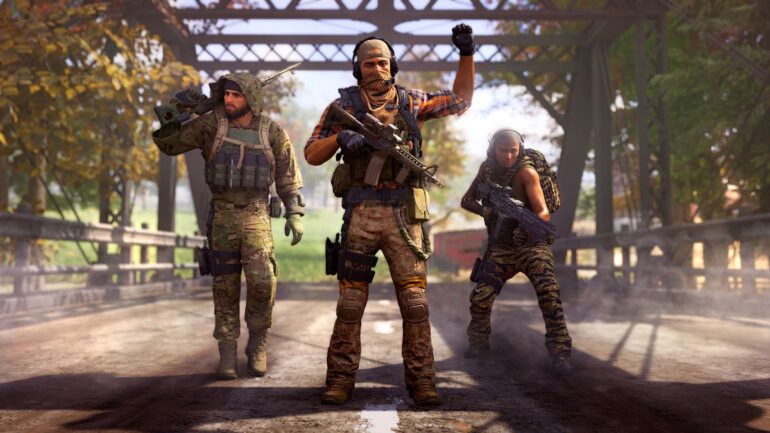 Ubisoft is celebrating 20 years of Ghost Recon and has just announced that Ubisoft Bucharest is developing the entry to the series titled Ghost Recon Frontline. Frontline will be a 100+ player warzone where players will use everything they can to get a tactical advantage over their enemies.

Players will be able to select which classes they want to play as. The assault class provides great sustainability in close-range fights and is much more proficient in offense. The support class acts as a tank and provides fortification abilities for the group. The scout is able to recon the area and take out or hinder enemies. The developers plan to add more in launch with even more post launch in seasonal increments.

The main mode of the game is called expedition wherein players are dropped onto the island of “Drakemoor” in 3-person squads with the objective being to find intel scattered throughout the landscape. More than 100 players will be active at once and all will be after the same intel. Once your team has gathered enough intel, it’s time to call for an extraction which basically sounds the alarm of your position and everyone else will try to gun your team down and take your intel and your ride away from you.

Registration for Frontline’s upcoming closed test has begun and will run from Oct. 14-21. Details can be found at Ghostreconfrontline.com. For those interested in playing it in other platforms another closed test will be scheduled at a later phase. Further updates can be found by following the team’s official social channels @GRfrontline.

Another thing that was announced was that an expansion for Ghost Recon: Breakpoint was announced titled Operation Motherland. Details on the expansion only shows that the Ghosts are traveling to Auroa and them getting briefed that they need to help maintain the peace on the island. The DLC is set to release on Nov. 2.

The livestream is also giving away free Iconic skins of the past games in the next update as well as the original game and DLCs for some of its sequels via Ubisoft Connect. These free game and DLCs are available until Oct. 11.