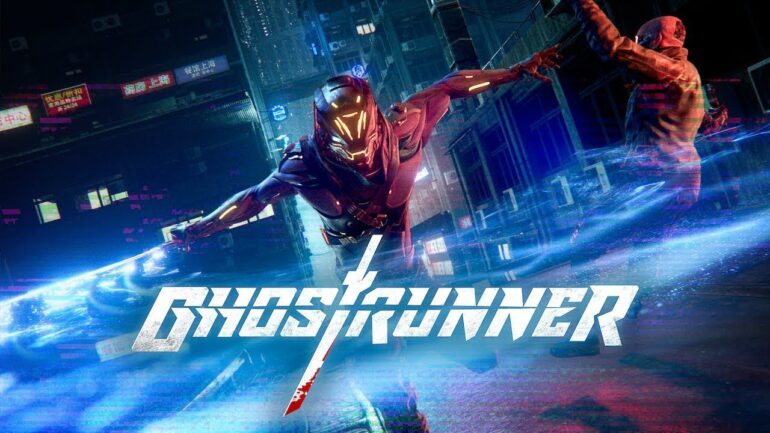 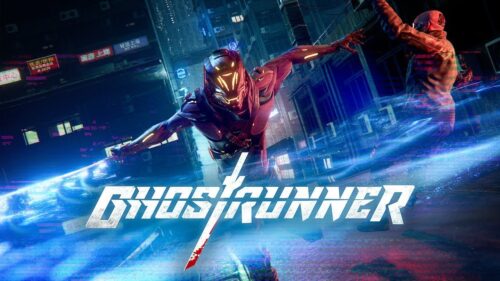 Fictional stories set in a cyberpunk world are always very captivating. It tends to remind us of the grim, yet real implications of the technological advancements we are so used of today. Movies, books, and video games love dipping its toes in the cyberpunk-ish river. The Triple-A industry has one coming right out in just a couple of weeks, and the indie stage isn’t falling behind either. Ghostrunner, a game by Polish developer One More Level, is a cyberpunk first-person action game set in a highly technological dystopian world. Players will take control of a “Ghostrunner” or an engineered assassin designed to cut down everything in its path.

First things first, this game looks incredibly gorgeous. Its sharp details and incredible texture rendering are incredibly well-done, which is almost necessary in a cyberpunk setting. The gun metal design of almost everything on the screen and the popping neon colors really give this world life. No expense is spared when it comes to graphics and visuals in this game. Even the “cybervoid” levels look incredibly breathtaking. This game really pulls you in with its visuals and drives you to explore this world as deeply as you can.

Then there’s the gameplay. Ghostrunner is very much fast-paced action incarnate. It almost feels roguelike, but that’s not exactly what it is. It just feels that way because of its one-hit-kill system where you or the enemy die after one hit. This makes playthroughs very intense. The players will really have to mind their surroundings and strategize every move.

Trial-and-error is also very apparent in this game. Once you reach an area where there are a ton of enemies, you will end up doing a lot of dying and learning before you can finally clear an area out. This is all fine and good, but it becomes pale and boring as you reach the final levels of the game. This may be due to Ghostrunner not having the best combat mechanic to really make this process bearable in the long run.

The game’s hack-and-slash combat mechanic does its job just fine. This is the only aspect in the game’s combat that really worked for me. It was even incredibly satisfying slashing down enemies and seeing them crumble after being on the receiving end of your blade. It’s the skills you earn along the way that’s mediocre at best. They’re flashy, they make you feel cool for a while. But the skills themselves reload way too slowly, even after a few upgrades. They’re not “enough” given the number of enemies you’ll have to deal with. One of the skills even feels broken (which I won’t dive too deeply as it might stand on spoiler territory).

Speaking of upgrades, the game has a very unique way of skill upgrading. You will literally have to fit pieces together properly if you want upgrades for the Ghostrunner. This is something you’ll have to experience for yourself – as it is very creative, unique, and even fun to mess around with. It can be very restrictive, however. It’s awe-inspiring as an idea, but has a few flaws in practice.

The parry and reflect mechanic are also very inconsistent. The way parrying and reflecting projectiles work in this game is to simply press the attack button at a specific window of time. This window of time seems very wonky, odd, and uncomfortable. One boss in particular has a parry timing that’s almost right after their attack lands. You can also reflect projectiles via the same manner, but this is equally as inconsistent as the parry system.

I’m being a little harder than normal on this game’s parry system as it is nowhere near as smooth as the other games who have incorporated this very same combat mechanic. The parry and reflect system need to be absolutely stable if your game has a one-hit-kill system. If this area of combat is very inconsistent and wonky, it makes the players feel their success is tied to luck instead of skill.

Then, the boss fights. There are very few of those in the game, but I have to say, even though they are scarce, they are absolute highlights of the game. They’re very unique and you’ll have to fight them differently in order to win the fight. I was initially skeptical when wondering whether a boss fight would work in a game like this, but the developers found a way to make it just right without betraying the game’s core combat mechanic. As mentioned earlier, though, one boss fight in particular relies heavily on the game’s parry mechanic, which is wonky at best.

Motion is the name of the game when it comes to Ghostrunner. You will have to move around the world quickly and efficiently, whether you’re fighting enemies or not. In fact, you will need to move around consistently when fighting multiple enemies. This game’s traversal mechanic, though, is so much better than its combat. The way the Ghostrunner moves around feels very stellar.

Your hand-eye coordination will be tested to the fullest in this game. The levels you run around in are interwoven in a great way too. The game’s level design and platforming element are two of Ghostrunner’s greatest strengths, which is amazing for a fast-paced, highly mobile game.

Finally, there’s the story. The game’s story is… okay. At best. It’s not really this game’s focal point, and it’s not too bad. It’s just predictable. It’s basic, but it’s not poorly written either. It’s as average as average comes. The voice acting isn’t too bad either. The voice actor for the Ghostrunner and the Architect did a really good job with what they were given. The main antagonist’s voice acting was really off in comparison, though. Especially once you get to that enemy’s boss fight. She will spew off in-combat dialogue in the most cliché, cartoonish, almost humorous manner that it just pulls you out of the game for a while.

I really feel like this game was created with speedrunners in mind. I’m sure, some time in the future, speedrunners will find a way to finish this game at record-breaking lengths. It personally took me about 8 – 9 hours to finish the game.

All-in-all, I had so much fun with Ghostrunner. It’s a great game for those who love being challenged by video games. If you want to have a relaxing time and game casually, however, this isn’t for you. This is one of those games where you’ll have to put in the effort to succeed. It’s a thrilling, daunting experience, which provides satisfaction once you’re done with it. It’s not a perfect game. It has a lot of flaws, but it’s also good enough for what it’s trying to be. 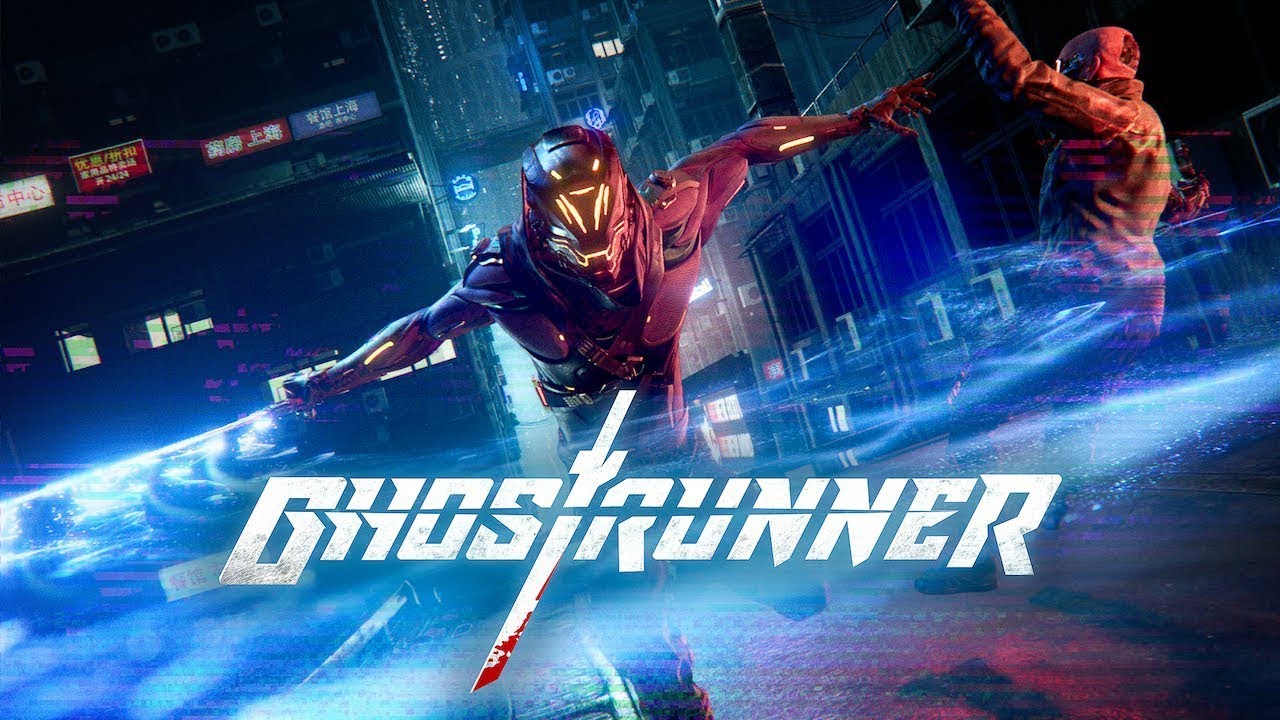 Ghostrunner – Review
Score Definition
You better have to choose if it’s worth spending your spare cash, because it might not be the game for you and it might be for others.
Pros
Amazing graphics
Perfect for those who love a challenge
Level design is great
Traversal mechanic is very smooth and satisfying
Cons
Skills mechanic could’ve been better
Story is mediocre
Parry and reflect system is inconsistent
6.5
Justified