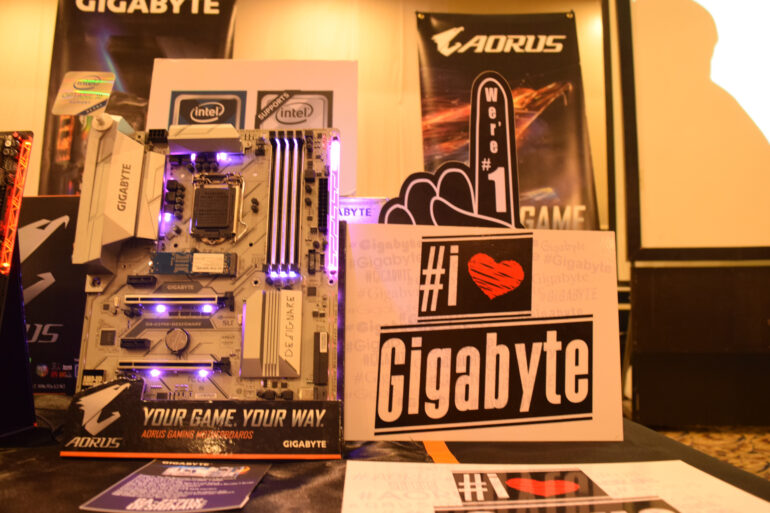 Gigabyte Philippines just held their product update yesterday; giving us a glimpse of their latest Aorus motherboard additions for the Intel and AMD chipsets. Initially, Gigabyte Philippines hosted the Mod On! With Gigabyte just a few weeks ago at Cebu Parklane International Hotel; and the hardware manufacturer returned to host their product update at the same location.

The hall was filled with PC enthusiasts, gamers, and retail owners/representatives from Octagon, PC Quickbuys, and some others. Key Gigabyte representative Grace Pan didn’t attend the event, however, the region Visayas Channel Sales Executive, Farrell Marc Tapec, was present. 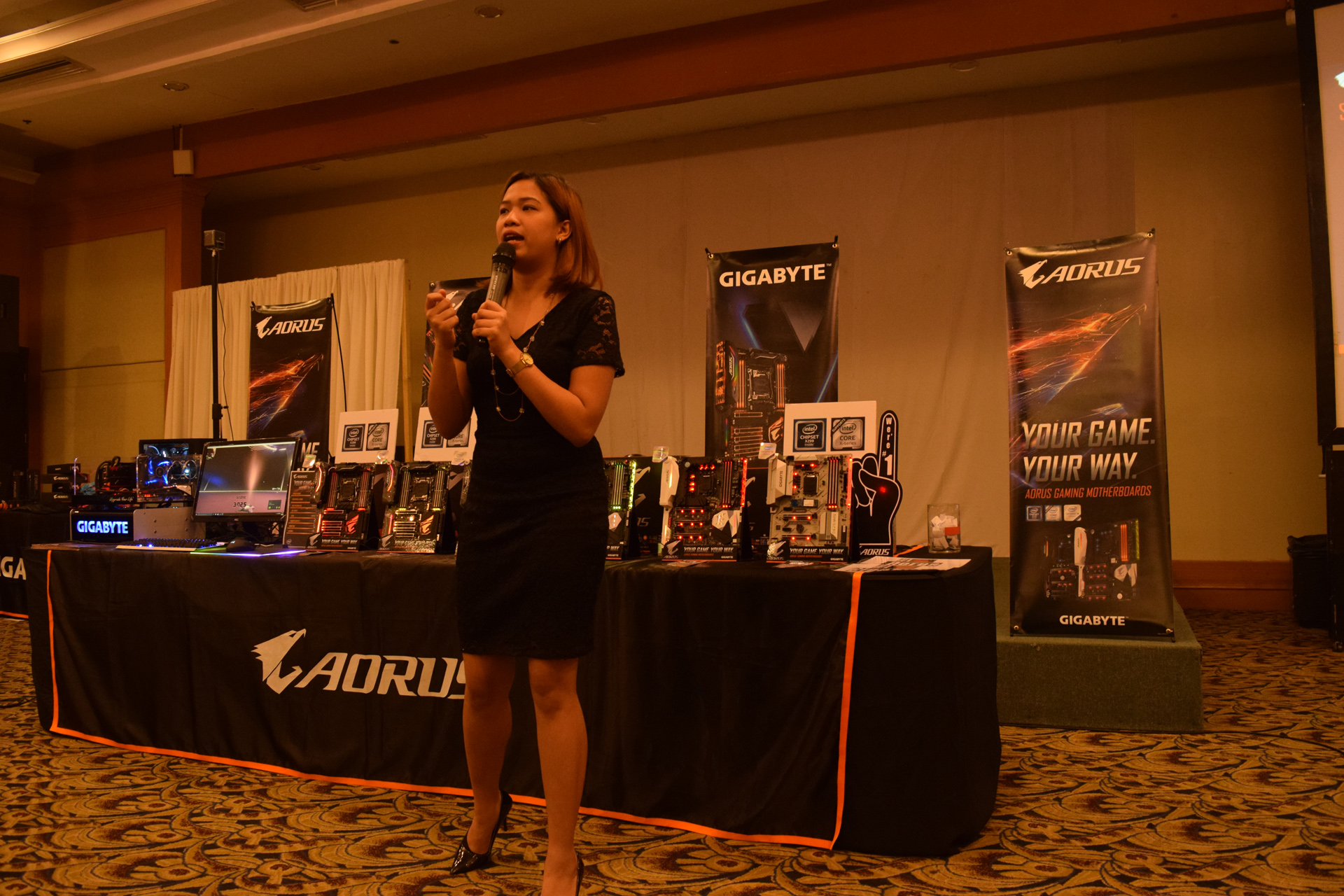 Leading the presentation for their product update, Ubertech’s Gigabyte Product Trainer, Mary Grace Martinez, discussed the important highlights of their gaming motherboards such as the Aorus Z270X Gaming 9, and the AMD Ryzen supported boards like the Aorus AX370 Gaming 5, AB350 Gaming 3, and the X399 Aorus Gaming 7. 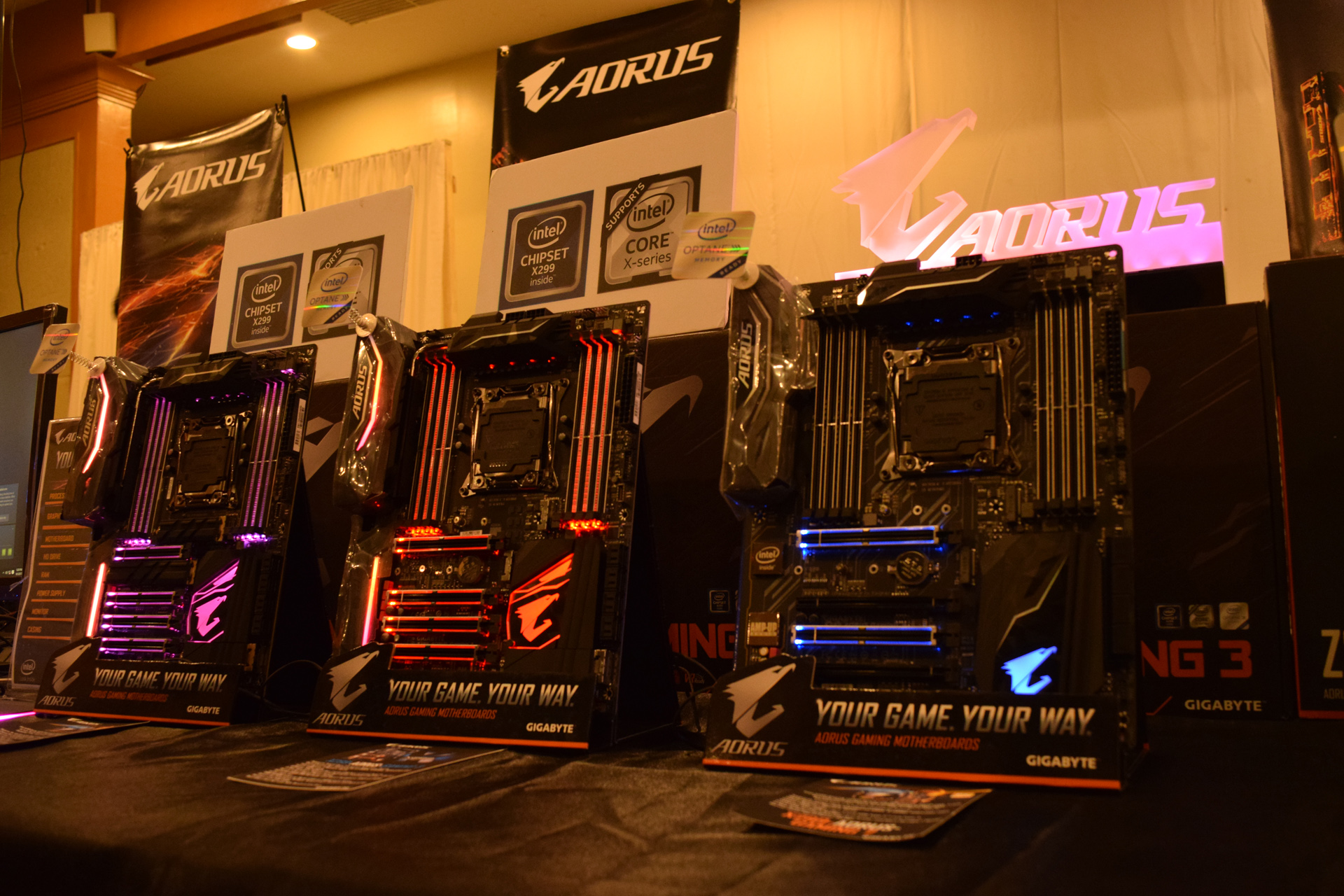 The Aorus Z270X motherboard is one of their top tier gaming boards to date. Showcasing the EKWB G-Frost Hybrid Waterblock to enhance the cooling solution for the CPU VRMs, it’s one of the unique features that the Aorus version of the Z270X gaming motherboards. While gamers also have this sight for colorful lights, the inclusion of the LED lights across the Aorus Z270X will have the support from its new RGB Fusion feature. The smart-light feature, as I want to call it, is one of the Aorus 200 motherboard series unique addition. Gigabyte didn’t just made the RGB customization tool exclusively on your PC, they also have an Android app for your phone to tinker with your RGB light configurations too.

Variations of their Z270X and X299 were at the front to showcase those lovely RGB lights. And I find this one particularly a lovely motherboard: 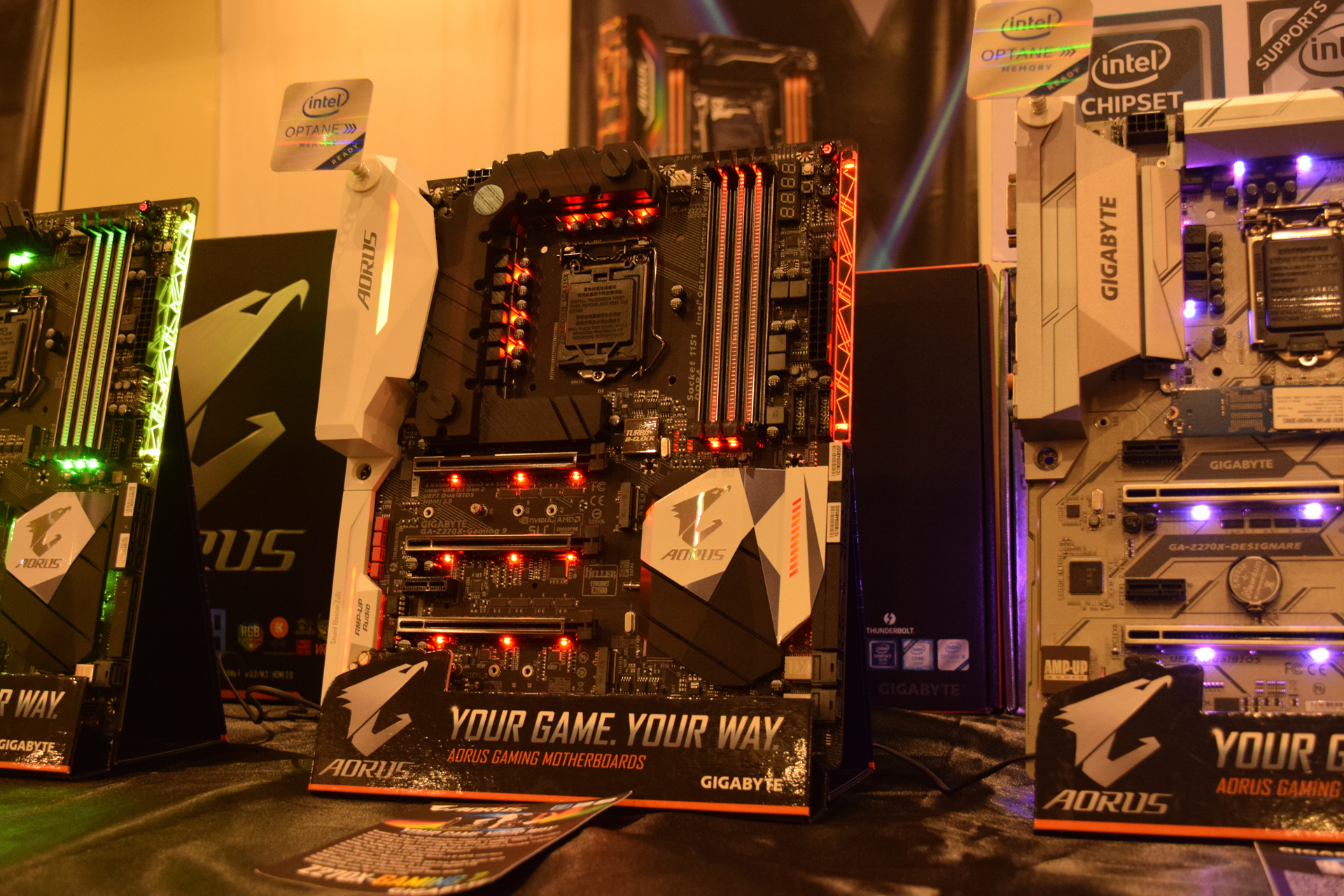 With the event progressing through, there were giveaways for the attendees. Some got exclusive Gigabyte tumblers, Gigabyte 16GB USB devices, and t-shirts! Aside from that, attendees also got to experience VR with HTC Vive, and as well as some games on their showcased rig that spurred out an i5 7400 3.0GHz, a GTX 1080Ti 11GB, and 8GB RAM. 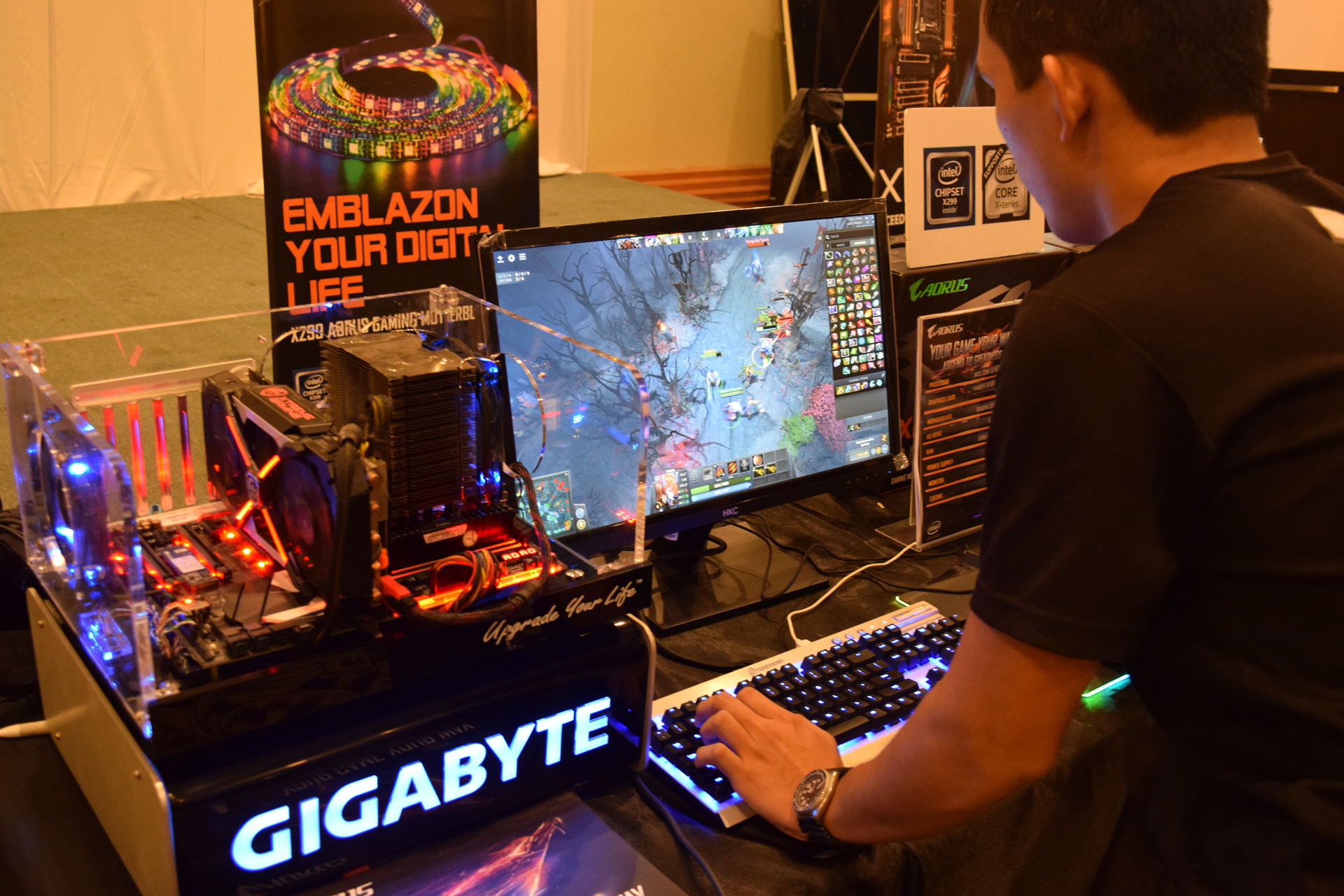 Gigabyte Philippines will talk more about their Ryzen motherboards at the AMD product launching tomorrow at Bayfront Hotel here in Cebu.

Follow Gigabyte Philippines for more updates about their products!

More photos from the event: