God of War length – How long does it take to beat the game?

Looking at how much time you'll be spending to play this masterpiece of a game. 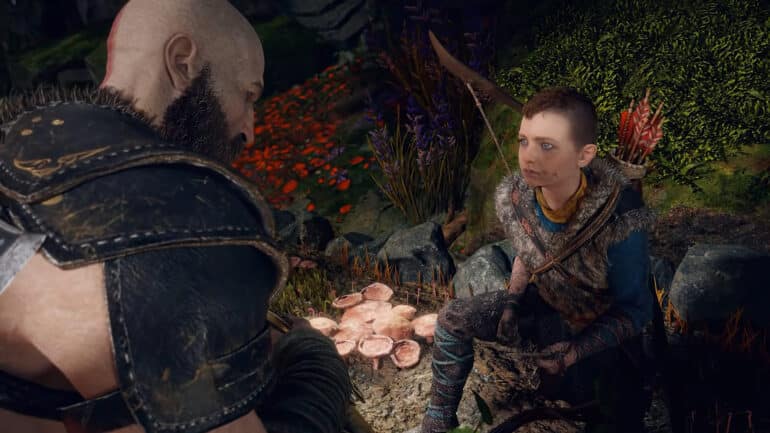 The critically-acclaimed God of War game from 2018 just got a PC port through Steam after being a Playstation exclusive for years. It’s still seeing a lot of players even after being out for quite some time, especially now that it can be played on bigger resolutions and on a higher graphics fidelity.

If you haven’t played the game yet before for reasons or you’re just waiting for this port to happen (kudos to you), you may also want to know how much content is in store for you or how long it will take you to finish the game. For that, we got you covered.

How long does it take to finish the main story of God of War?

If you just focus on completing the main story quests and nothing else, it will take you roughly around 21 hours to complete the game. For a story-driven action adventure game, that is quite average and not too long enough that it becomes a drag.

The game itself got nominated and won a couple of awards from different award-giving bodies, so you can expect that your 20+ hours of quality gameplay will be well spent.

If you’re the kind of gamer who likes to learn more about the world and the story by completing the side-quests, expect another 12-20 more hours of gameplay on top of that. That’s more father and son bonding time, not bad.

How long does it take to fully complete God of War?

If you’re the completionist kind of player, completing God of War to 100% will take you around 50-80 hours. That’s with all the artifacts collected, all dig sites found, all dragons freed, and all of Odin’s Ravens killed, just to list a few of the objectives needed.

There are at least 300 different items and encounters that you’ll have to get in order to fulfill all of the objectives, so good hunting. Thankfully, none of the collectibles in this game is missable, so you can go through the story and just hunt for the collectibles that you need in free roam. Check out our guide on getting all of the available achievements for God of War.

Either by playing through the Playstation version or through the PC version, completing all the objectives will award your with the Father and Son trophy/achievement; a very nice and satisfying achievement to add to your collection.

Can you speedrun God of War?

Yes, you can speedrun God of War. Doing an any% run will take you around 5-6 hours with the fastest one at just below 4 hours, while a 100% may take around 10 hours, with the fastest one clocking in at just 9 and a half hours. If this is your thing, then we wish you godspeed.

We might even see lower results this time as some players report that aiming feels much better and easier to do with the mouse and keyboard setup.

Do I have to play the previous God of War games?

Since this game is actually a sequel to 2010’s God of War III, then yes, it’s in your best interests to play through the prequel games. Doing so will help get a better appreciation towards Kratos’ journey and you get to know more about the lore and the characters around him.

Then again, God of War is the kind of game that can stand on its own, so you’ll still be guaranteed to have a great time even if this is your first God of War game. Also, there’s more than enough time to play and complete the game before its sequel, God of War Ragnarök, comes out this year.

If you likes this article, check out our other God of War articles:

Check out this video by gameranx if you are still on the fence about playing God of War: