This God of War sequel is definitely a strong contender... 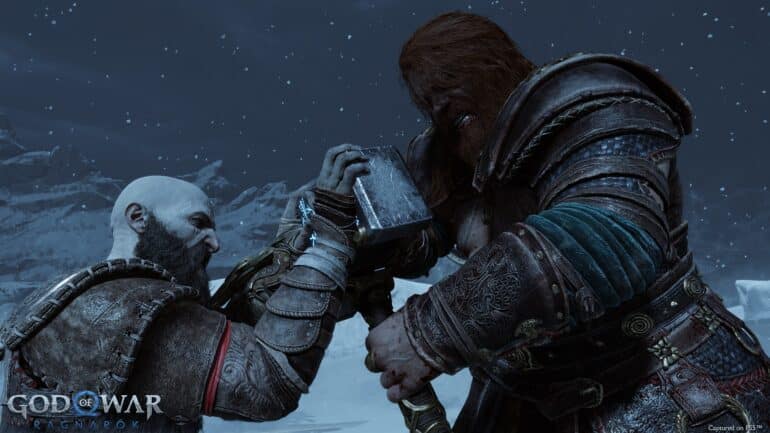 God of War (2018) was a rollercoaster of emotions. Every reveals up until the end was, for the lack of a better adjective, amazing. And so far, during my hands-on with Ragnarök, it looks like this sequel will surpass the reputation achieved by its predecessor.

Aside from Atreus’ puberty upgrade, one of the changes first noticed are on the character menu, accessible by clicking the touchpad. The user experience is still the same as the 2018 version, but with bigger, bolder icons. Here, Kratos and Atreus can unlock skills and change their equipped armor and weapons. Looking through the settings, with the number of accessibility options they provide, I found no way to make the font sizes and icons on this specific menu smaller. That’s just a personal preference, though, and has no negative effects on the gaming experience.

This time around, the characters are more comfortable with each other. Atreus teases his dad every once in a while, to which Kratos almost always replies with a grunt. Mimir, still just a head, never stops trying to give unsolicited, but very well-timed and well-deserved, advice on how Kratos should handle his boy’s actions. This further implies the bond/family the trio has built together in between the two games.

Like every other triple-A game on current-gen consoles, God of War Ragnarök offers two graphic modes. One prioritizes a framerate that targets 60fps, and the other chooses resolution, capping fps to 30. Sitting on my sofa playing on TV, I only see a difference in visual fidelity when Kratos is idle, which happens rarely as the game is action-packed. The set pieces and models all look crisp enough that the better option is to go for smoother gameplay.

Exploration and going off the beaten path reward players with loot and resources for upgrades. Environmental puzzles are also back, incorporating weapon abilities and switching between them to solve the riddles. None have been very head-scratching so far, but one time, I afk’d and heard Atreus give a not-so-obvious hint. A welcome addition especially for gamers not familiar with this kind of gameplay.

On the PS5, God of War Ragnarök makes full use of the dual sense’s capabilities, from optional gyro controls to the haptic triggers. My fingers cramped as I mashed buttons to perform unlockable combos toward the biggest of the enemies. Even the subtlest of sounds from the controller’s speaker made the experience more immersive.

The Game Awards gave the Game of the Year title to God of War in 2018. The pressure is on for this sequel. So far, the early hours of the game, without spoiling anything, are strong, but will this impression get carried to the rest of the game? Will this confirmed last entry to Kratos’ adventures with the Norse Gods be 2022’s Game of the Year? Will the end of this saga be satisfying? Expect my full review of God of War Ragnarök on November 4, 2022, at 12:00AM Philippine Time.