Learn the story that led to the future catastrophe that is Ragnarök. 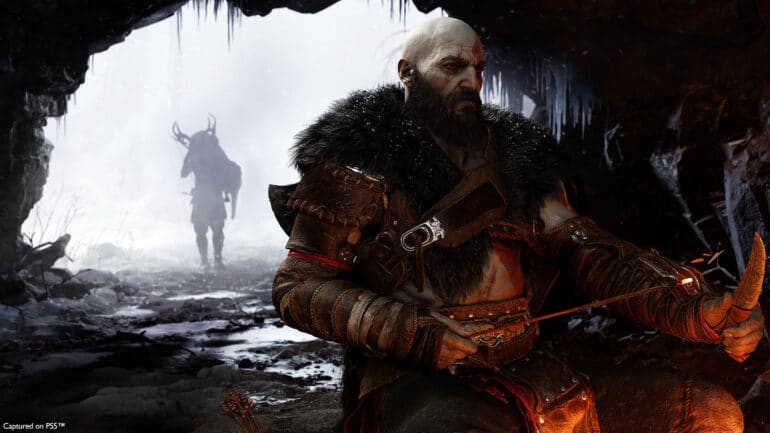 The new video is a story recap of the prequel, God of War, that launched on PS4 four years ago in 2018. It is narrated by popular gaming icon and actress Felicia Hardy and the Smartest Man Alive, Mimir. They basically summarize the whole story of the game in old-school storytelling with rhyming and also with Mimir’s intervention with super-extra insertions of his own.

The video starts with the beginnings of God of War 2018 introducing Kratos on how he was a god from another land and settled in Midgard with a wife and son. When her wife died, they attended her funeral and prepared for their journey to scatter her ashes to the topmost peak in all of the realms.

This is where they got interrupted by Baldur, the undying and also the one cursed to not feel anything. He was sent by Odin to investigate Kratos and the other occupant of the house he totaled along the way. After closely defeating Baldur, both of them continued on their journey and met up with some peculiar friends along the way like the Huldra Brothers, Brok and Sindri, the Witch of the Woods, and the noisiest head in all of Midgard, Mimir.

Kratos and Atreus also met powerful enemies along their arduous journeys like the sons of Thor, Magni, and Modi. There were also some crazy and scary monsters along the way as well.

Near the end of their journey, the both of them were finally able to defeat the immortal Baldur with Atreus’ special arrows. Freya, the Witch of the Woods, was driven to despair and swore vengeance on the two killers of his son.

Kratos and Atreus finally reached Jötunheim, the birthplace of Faye, Kratos’ wife and also a Giant herself. Both scattered her ashes on the highest peak of the realm, but before that, Kratos discovered a prophecy that would lead to the upcoming sequel.

The Start of Future Catastrophe

Both return to their home in Midgard, but Mimir warns them that the death of Mimir is the start of Ragnarök.