Gods and Monsters Playable Demo Got Revealed Earlier on Stadia 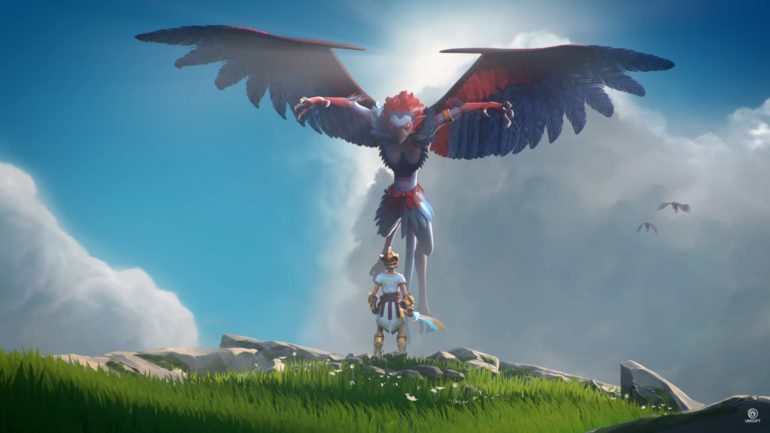 Lucky Stadia players got to try out an early build of upcoming video game Gods and Monsters by mistake.

The playable demo version of the game got released recently on Stadia, which made some lucky users happy as they get to try it out early. It was listed under the codename of Orpheus. The Stadia subreddit went nuts and got footage of the gameplay. The demo got pulled now, but it still remains some have played it.

According to Ubisoft, the leak was from a year-old demo of the game. The company will be showing the next official look at the upcoming game later in the summer. It will also get a new name too.

In a statement from Ubisoft to game publication Eurogamer, Executive Marc-Alexis Cote said:

Our vision for the game formerly known as Gods and Monsters has evolved in surprising ways, which is common when developing exciting new worlds. This footage is from our E3 2019 demo, which was shown to select press last June and is now over one year old. Much has changed since then in terms of features, tone, art and character design, and even the name of the game. We are hard at work and very excited to finally show players what we have created at the end of summer.

Stadia apologized for the leak in a later statement. A spokesperson told Kotaku:

Regretfully, on Thursday morning, we mistakenly made an E3 2019 demo version of Gods & Monsters from Ubisoft available on the Stadia store that was not intended for the public to play. A few hundred gamers were able to play it for less than 30 minutes. We sincerely apologise to our partners at Ubisoft for this mistake.