Gotham Knights Has the Biggest Version of Gotham Compared to Others 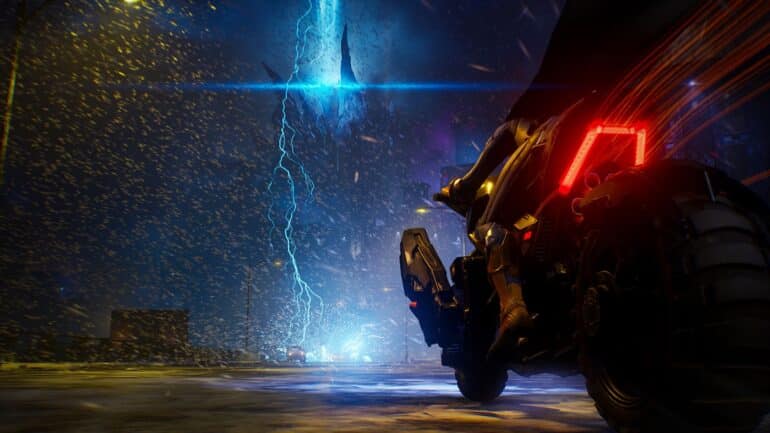 Game Executive Producer Fleur Marty and Game Director Geoff Ellenor recently spoke with media outlet GameInformer about the game. They discussed details about the map of Gotham and how theirs is the best version of the city.

Marty revealed that Gotham Knight’s Gotham is the best version of the city and the most comprehensive one too. Fleur also confirmed that it has a lot of layers, and very dense. It seems to be comparable to how large and dense Marvel’s Spiderman’s map is.

How to Cruise in Gotham in Style

Interestingly enough, Geoff shared how easy it was to cruise around Gotham without getting bored and tired at the same time. To keep himself entertained while riding around, he would spend a lot of time with his Zoom calls on the Batcycle. He recommends it as it is the “fastest and most chill way to move around the city. Fleur also says that the Batcycle is the long-range mode of transportation in this game.

Speaking of the Batcycle, you will be glad to know that it is going to be customizable. It will not be upgradeable, which is a shame, but players can change its colors and “how it makes noise,” according to Geoff. Also, players can match the colors of their suits and Batcycle if they want, but there are a lot of options to choose from according to Geoff. Fleur revealed that everyone is getting colorways both for the suits and the bike. Stylish.