Graphics Vs. Content and Gameplay: Which Should Be Prioritized?

Developers have been pushing themselves to new heights in the name of game advancement. I can still remember vividly playing Mario Bros, with that pixelated graphics where your only course of action is to walk to the left or the right and as well as jumping. I was purely amazed by its story even if it only involved saving the princess. Even though this was ages ago, Mario Bros has a lot of fan base and for sure older gamer folks would agree that these old games can absolutely be tagged as ‘Old but Gold’.

Isn’t it ironic that developers and especially the publishers are falling behind the facade of the belief that graphics is way more important than gameplay and content? Well, let me define graphics, even though it is self-explanatory. Graphics are the visual effects of a game or a movie. Content and gameplay is the story, narrative, music and control mechanics of the game. 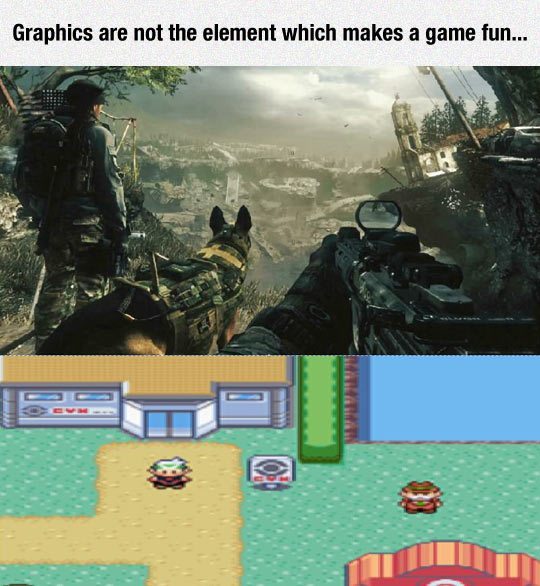 Let me quote this line from an anonymous writer: ‘The Eyes are Useless when the Mind is Blind.’ Way back when graphics haven’t been as great as it is today, games like Final Fantasy that featured pixelated content with very basic combat controls was one of the major games out there and it left a mark on players for eternity. This was because they had to use their imagination while going over the story, which made it more interesting for gamers because it enhances their creative skills.

So why are video games focusing more on graphics lately? This is because of consumerism. Money makes the world go round they say and this just saddens a whole lot of gamers. I have watched E3 ever since I could remember and the most amazing game trailers with really great graphics paired with really amazing sound effects get talked about more. Rinse and repeat and you got yourself some great advertising for a game making it more sellable when its release date comes around.

Just like a good book by Paulo Coelho or by Mitch Albom, you don’t need a page full of images just to enjoy the book. Sure, detailed descriptions make images come alive and can provide intense emotions but a good story will really go a long way. Even with the presence of ebooks or audiobooks, these old fashioned books are still in business because these works of art keep our neurons alive. 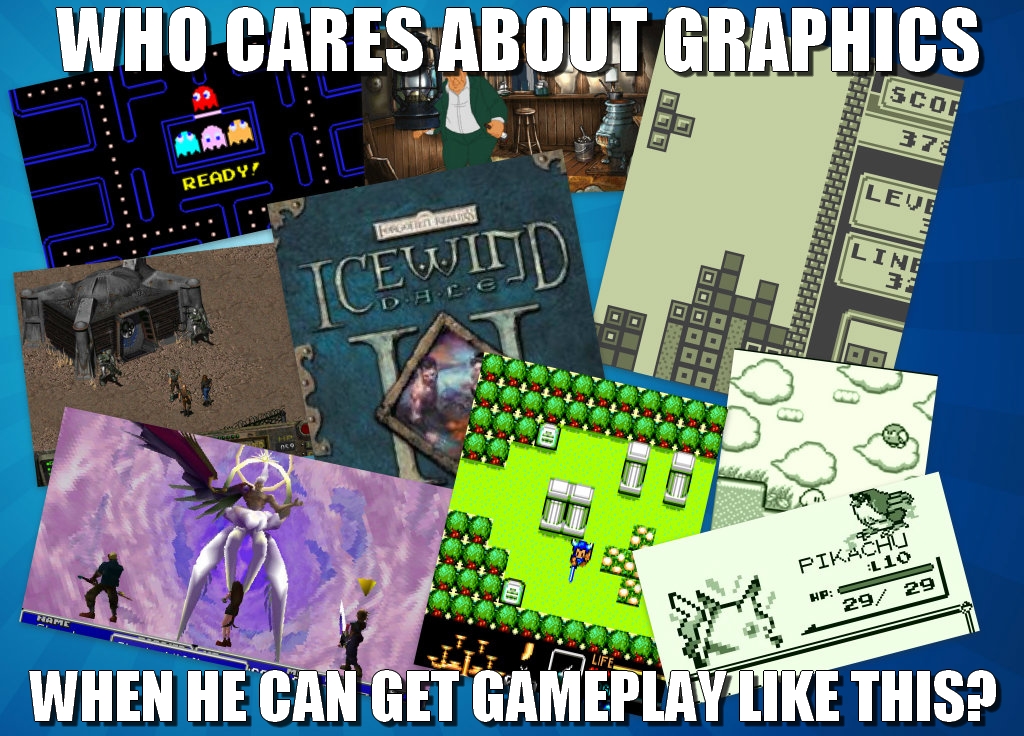 Modern games like Call of Duty or Battlefield are best examples of great graphics but highly criticised for their lack of content. The same unwavering gameplay over and over. Another consequence when developers tend to lean on the graphics more is the game itself becomes buggy, making it less enjoyable which is not the whole point of playing a video game.

Graphics does sell and captures a lot of audiences but the numbers do not lie. If you are a smart gamer, you need to check out reviews before buying video games because reviewers don’t tend to hold back. Content and gameplay will always have a major weight on the average score. If you want to look at good graphics, I say look at a painting. If you want to see something realistic, then go outside your house and interact with real people. We do not want another copy and paste video game that costs an arm and a leg. We want games that makes sense, takes us to another world and at the same time lets us have fun while playing without us worrying about the game crashing. It is probably always easier to enhance game graphics but it takes heart to creating a story.