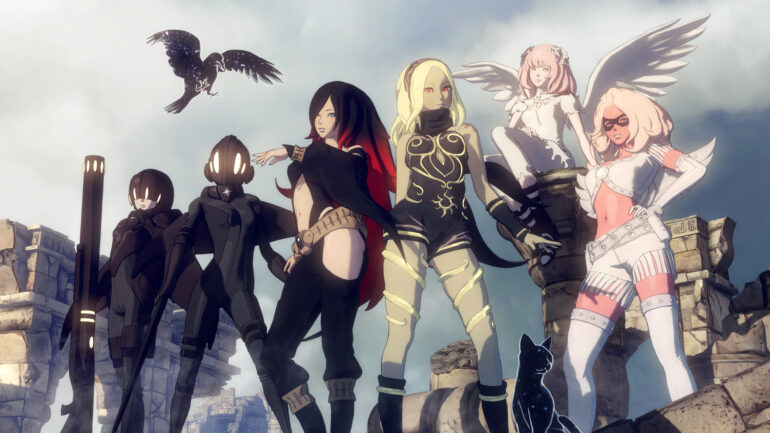 Gravity Rush 2 is the sequel to the critically-acclaimed game of the same name. The story revolves around Kat who at the last part of the previous game was sucked into a wormhole and was taken to this new place devoid of her gravity-shifting ability.

Before this all happened, she was hailed as the Gravity Queen in the town of Hekseville. She was sucked into a wormhole along with her partner Raven and a cop named Syd. They were transported to a town called Banga Settlement. 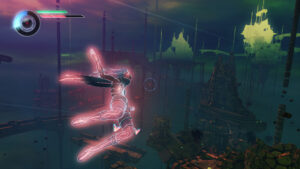 The basic controls for this game is similar to that of the previous game except you are now able to shift between 3 styles. These are Normal Style, Lunar Style, and Jupiter Style. The Normal style is the basic gravity shifting ability that Kat has. As you progress through the story, you get Lunar Style where her weight is basically lighter and mimics that of being on the moon. This adds a new layer of gameplay, as all your skills and attacks have a different output than that of Normal Style.

She is much faster in Lunar Style and she can jump high without having to gravity-shift. Her attacks also auto-lock to the enemies which means you can get close to enemies much quicker than normal.The third style is the Jupiter Style where Kat becomes heavier and her attacks become much more powerful than that of Normal Style. She can break through walls and eliminate multiple enemies with just a single blow.

I have always wondered what more they could add to Kat’s abilities but they didn’t disappoint me with these new additions. It brought a whole new level of gameplay that impressed me a lot. One thing that did irk me was the camera angles because sometimes it gets stuck when you gravity shift and drive yourself into a wall but that didn’t really discourage me from playing the game. I would stay away from this game though if you have vertigo since this will definitely mess you up. 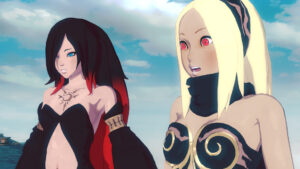 The story picks up where it left off from the first game. I honestly don’t remember what happened in the first game since I played it a long time ago but it didn’t stop me from reminiscing about the familiar people and places. We are introduced to Kat and what has happened to her so far. I appreciate that they would present each familiar person as someone that Kat once knew and explain a little bit how she knew them. If you haven’t played the first one, you’d probably be confused on how each person is connected to Kat.

The game does take us back to familiar places like Hekseville which was part of the first game. This doesn’t mean you will be exploring the same areas as the first game though since there have been alterations to the map which was caused by the passage of time. I loved that they continued Kat’s story and I like the direction that they are going with it. It really got me involved in the story and it was well paced that it encouraged me to keep going with the story to see what would happen next. 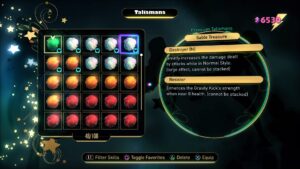 This game contained a lot of features that may or may not be in the first game. First is the Talisman equip. I’m pretty sure this was not in the first game but basically Talismans are stones that you get from another feature of the game called the Mines. Some Talismans can also be acquired through the challenge missions or in treasure boxes that are scattered throughout the overworld.

There are three Talisman shapes that you can equip which can enhance or supplement Kat’s abilities. The rarer the Talisman is, the more powerful the effect is. Each talisman can have up to 3 effects that could be anything from adding HP or enhancing the attack power of an ability. Later in the game, you will get to unlock a store that will allow you to merge and combine talismans to get more powerful ones or random ones that could possibly contain powerful effects. 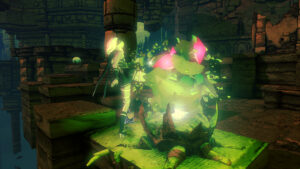 In the story-based mines, you will come across tablets that offer up challenges that you need to complete before you can proceed to another area. It can range from easier ones like killing all enemies or some challenging ones where you are not allowed to gravity shift and must rely on your other abilities. 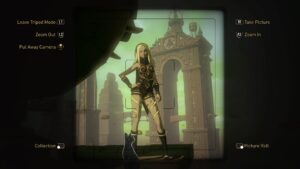 The Camera feature of the game is fun and interactive. You can take pictures across the world at any time and even take pictures while you are in battle. You can then share these pictures online where people can rate it. If you receive or give a rating to a picture, you get Dusty Tokens which you can use to get various rewards. 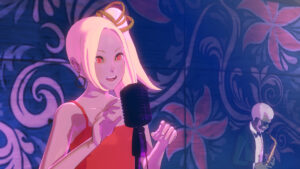 Customization is back in Gravity Rush 2. You can get certain costumes that Kat can wear aside from her Gravity Queen outfit. I have only unlocked the Red dress so far but you can also get a white dress from a pre-order of the game.  You can also customize Kat’s pipe home with furniture that you can get throughout the game.

There is also an online feature for the Challenge missions where you can compete asynchronously with ghosts of other players to compete in the leaderboards for time or score. This is for those people who wants to play competitively and truly find out who is the ultimate Gravity Queen. 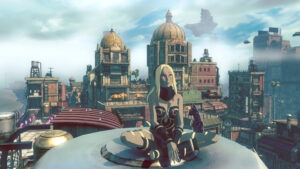 I love the art and the overall design of the game. Its cel-shaded graphics gives it an anime feel like you are playing an anime game. They gave a lot of thought into creating each and every element of the world. It’s also cool that you can pick up almost anything to throw at the enemies with Kat’s Stasis Field ability.

You can also throw water balls using the stasis field which looked really cool as the water balls float around Kat like some sort of water shield. It reminded me a lot of Syndra’s Atlantic skin from League of Legends. The landscape is beautiful which makes for good photo-ops or just an inviting scenery that you can look at to take away your mind from the game a bit.

Kohei Tanaka, who worked on the music for Gravity Rush, is back to compose for the second game. The music helps you get immersed into the game. With each map having its corresponding soundtrack and each battle lined with adrenaline-packed music that got me so hyped and focused into the game. Kohei did an excellent job once again in providing such super music that compliments the game really well. 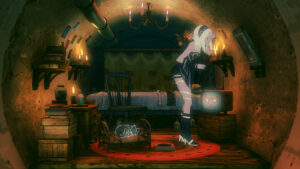 Gravity Rush 2 was a fun game from start to finish. It reintroduced me to its characters and made me remember how fun the first game was. You wouldn’t really enjoy this game fully if you haven’t played the first game so if you are getting this title, go play the first game so you can make the most out of this experience. The game challenged me with its scenarios and challenges and I failed so many times but I kept going at it. That’s how much I love this game but at the same time I can understand that it may get frustrating to players who are not used to its gameplay.

I would daresay that Gravity Rush 2 will be a main addition to any collector’s library and there’s just so much to do in this game that even when you finish the main story, you will come back for the side missions and the challenges. You can even just go in and do a little bit of sightseeing just to enjoy the environment and scenery that this game provides. I hope that they will make a third game and I can’t wait to see what else they have in store for the Gravity Queen.

This review is based on a review copy provided by Sony Interactive Entertainment.