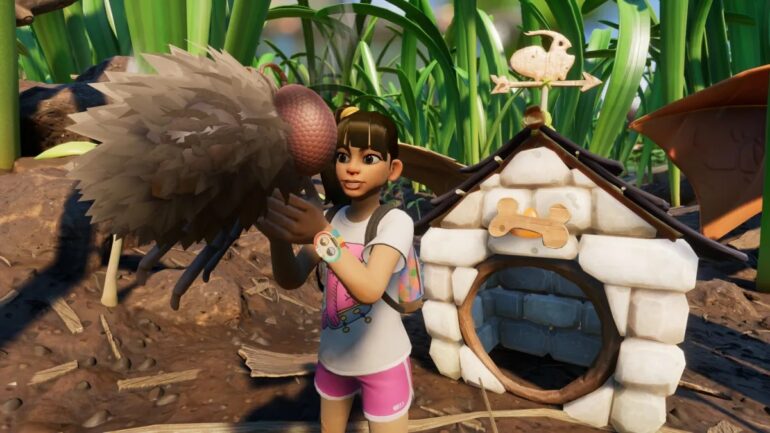 According to the Grounded team, they are now working hard in building the final game that the gaming community has helped define for over two years. The Home Stretch update is now available to prepare the game for the upcoming full launch this coming September 27, 2022. It will bring some major new features for players to try out in the meantime.

The first new content that will get added is the Shared Worlds. The Shared Worlds will allow players to store their worlds in the cloud and allow friends to play that specific world even if the owner is offline. They can own three Shared Worlds at a time and have up to 50 worlds shared with them. The Standard Worlds that players that they have right now can be converted to Shared Worlds via the Save/Load menu.

Another addition is the ability to tame a gnat as a pet. They can be helpful in fights as they offer passive buffs and has the ability to increase their health by gearing them up with armor. There is also an update for robot friend BURG.L as it has now acquired enough chips to assist in duties.

Cookery will be improved with the Home Stretch update. Meals will be craftable at the cookery instead of the oven. This will be an earlier crafting unlock too, which will allow players to access meal recipes early on in their exploration of the backyard.

Armor and Weapon Upgrades Get Revamped

Armor and Weapon upgrades have been revamped in response to community feedback. There is a new upgrade system that introduces Fashion Nuggets and Tough Nuggets, material types that players can use to craft and upgrade armor and weapons.

Lastly, players can now see the new Rest Timelapse. It will show the time passing in the yard while a player sleeps.