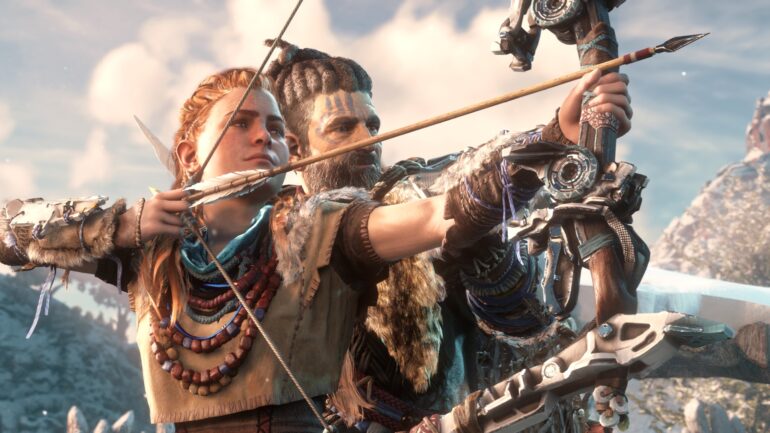 We’re just a month away from Horizon: Zero Dawn’s release, and the previews from major gaming websites are already impressed with what Guerilla Games’ new IP has to offer. For those of you out there who doesn’t know, this is a new genre for Guerilla – especially with open-world. The first game they ever developed was a third-person shooter titled Shellshock: Nam ’67 way back in 2004; which had mixed reactions from critics on its presentation and issues.

The other part of Guerilla Games’ team focused on their first-person shooter, the sci-fi war story driven franchise, KILLZONE, on the Playstation 2. The game met with praise for having solid shooter mechanics and stunning visuals. Then followed by the critically acclaimed sequel – KILLZONE 2 on the Playstation 3.

Since Sony acquired Guerilla Games back in 2005 after the success of KILLZONE, they became Sony’s first-party studio to develop exclusives for the company’s video-game machine.

12 years later after the acquisition, we now have a new IP from the KILLZONE makers. The development team went back to the third-person genre, and this time, with an open-world gameplay in the mix. Just a few days ago, there was a preview event in LA of Horizon for the press – unfortunately, I live in the other side of the world; it was, in short, a successful preview event. Everybody in the press were stunned and impressed with Horizon’s gameplay, game engine, and the take on a post-apocalyptic setting with robotic creature ruling the lands.

This has already ensured that the game will be a worldwide success. I’ve watched a lot of gameplay videos from the preview event on IGN, GameSpot, EasyAllies, and Polygon’s Youtube channels. And you know what? It’s freakin’ amazing! The world is big, it’s graphically stunning, you can climb the Tallneck and grapple down with style, ride bull-like mechanical creatures, hunt for food, and even the Photo Mode is a great feature addition!

I have no doubt that Horizon: Zero Dawn will surely be critically acclaimed when it launches. It’s an exclusive open-world title that you don’t want to miss if you own a PS4.

If you haven’t pre-ordered Horizon yet, I highly recommend that you do. I already pre-ordered the Collector’s Edition, I can’t wait for my Aloy figurine.