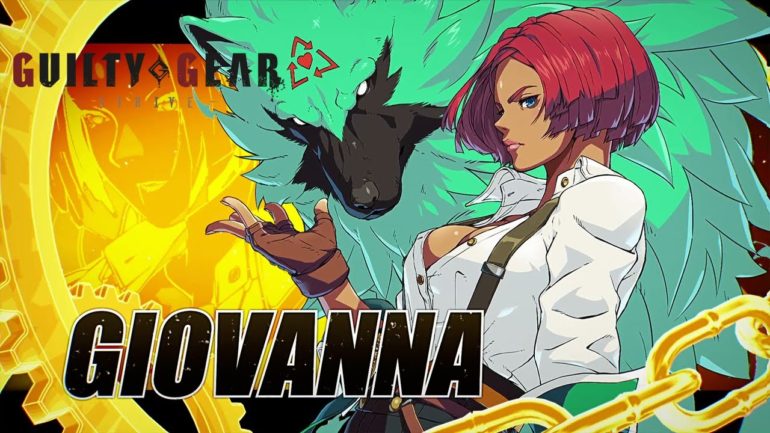 The first character to be introduced is the special operations unit officer Giovanna who protects the President of the United States. She looks rude, but deep down she actually means well. She is also friendly with children and animals. She lets her wolf spirit companion Rei to possess her in order to fight her opponents with inhuman speeds.

Giovanna specializes in close-range combat. She can easily claim victory with her fast movement and locking the opponent down with her powerful offense. Due to her short range, it would be difficult to get near her opponent, which is why she has a special move that would launch her forward to approach.

The second character is the large vampire samurai Nagoriyuki. He has supernatural vampire abilities that complement his large frame and outstanding fighting skills. He is described as a noble vampire samurai whose vampiric blade delivers devastating blows. He is a power-hitter whose attacks deal heavy damage.

Nagoriyuki can deal a lot of damage and have good range, but he cannot dash or double-jump. He can use super jumps and has a fast movement special move Fukyo in order to approach opponents. When he seeks blood, his Blood Gauge fills up and when it does, he goes berserk. He will be vulnerable to severe counterattacks if players are not careful.