The calorie hungry warrior is back! 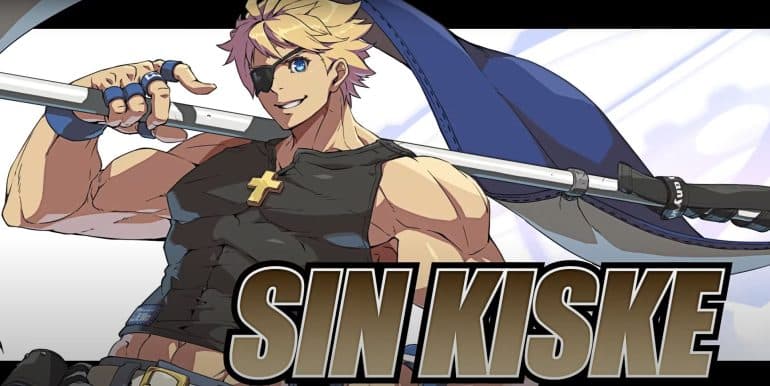 Sin Kiske will be the second character to be added to the game with Season Pass 2. Fan-favorite son of Ky Kiske and Dizzy is finally getting added to the roster. With the first character addition of another fan-favorite Bridget announced a few months ago, Sin Kiske is no surprise for fans as he was present in the game but as a non-playable character.

In this version of Sin Kiske, he still uses a flag as a weapon in battle and is a closed-range combatant. He is more of a rushdown type of character, but has a few moves that have good reach. Based on the video, it seems he will have most of the moves he had in Guilty Gear Xrd where he would need to eat food in order to restore his calorie meter.

Tyrant Rage is one of Sin’s new moves in this version, which is also one of Sol Badguy’s moves. Spoiler alert, Sol is Sin’s grandfather since Dizzy is his daughter. Well, it is a complicated relationship with the characters involved, but it is an established fact now. Sin is also quite close with his grandfather and Sol somewhat cares for him. He first appeared in Guilty Gear 2 Overture, was playable in Overture and Xrd, but was only an NPC in Strive. He is now a playable character and ready to cause chaos on the stage again.

Sin Kiske will be available on November 24, 2022 for players with the Season Pass 2.

Guilty Gear Strive is out now on PC, PS4, and PS5.