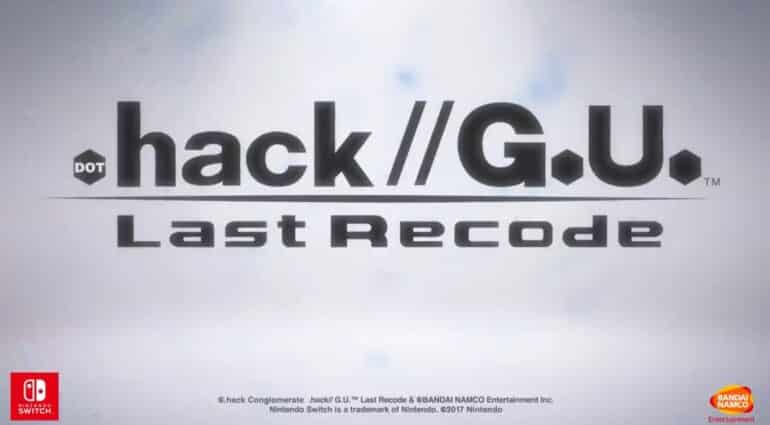 .hack//G.U. Last Recode will receive a Nintendo Switch version soon on March 11, 2022.  The game has had an interesting release history as the titles were originally published on the PS2 from 2006 to 2007, and then it was eventually re-released as a compilation for both PC and the PS4 back in 2017.

Now as part of the 20th anniversary of the franchise, Bandai Namco will be releasing the full version of this one onto the Switch.

The story focuses on a player named Haseo who hunts a player nicknamed “Tri-Edge”, who defeated his friend Shino and left her in a coma in real life.

After being attacked and Data Drained by Tri-Edge, Haseo is found by a mysterious organization known as Raven, and joins their ranks, unleashing a hidden power in his character data known as Skeith.

All the while, a mysterious computer virus called AIDA is threatening the existence of “The World” and quite possibly the entire Internet.

Pre-orders for the physical edition can be made online through Bandai Namco Entertainment or through your local stores. Either standard or Begins Edition can purchased online.

.Hack Last Recode is currently out now for the PC and PS4. The Switch version as stated will be released on March 11, 2022.