Breaker and Catalyst look totally different from each other. 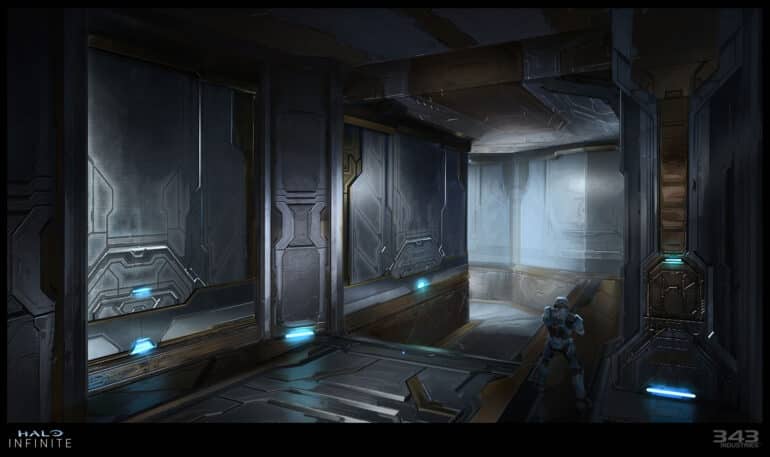 343 Industries has recently released a new trailer for Halo Infinite Season 2 and it features the maps Catalyst and Breaker.

Ahead of their release of Season 2, the game studio has launched a new trailer that focuses on the two newest maps that will be added to the game’s multiplayer mode, which are the Catalyst and the Breaker. The first map is so serene and beautiful featuring waterfalls, greenery, natural landscapes, and the structures with technology blending in perfectly. The second map is the polar opposite of the first one: tons of sand blowing through the structures, broken buildings, chemicals, boiling liquid metal, and more.

The season 2 map Catalyst is a place where it would be a shame to have a battle on. It is full of fauna and waterfalls while also having structures with high technology. According to the Halo Waypoint blog post, it is a symmetrical arena map nested high up inside of an expansive, tunnel-like Forerunner structure. There are waterfalls pouring down around suspended catwalks, overgrown cathedral walls, and one light bridge that connects the sides of the map together.

It would be better to take a tour to the map instead of having a battle inside. Multiplayer Level Designer Tyler Ensrude explained that this map was influenced by Epitaph from Halo 3.

Breaker: Where Ship Debris Get Scrapped

The Breaker is a season 2 map that is quite opposite to the Catalyst. It is a pseudo symmetric BTB map set in a Banished scrapyard. Players will have their bases on huge chunk of ship debris and it is divided only by the plasma cutting beam structure posted on the middle. The beam structure can either be a friend or an obstacle, depending on how players will take advantage of it in battles.

Catalyst and Breaker will be coming in Season 2 of video game Halo Infinite. The game is now available on PC, Xbox One, and Xbox Series X/S.