A return to arena shooter greatness 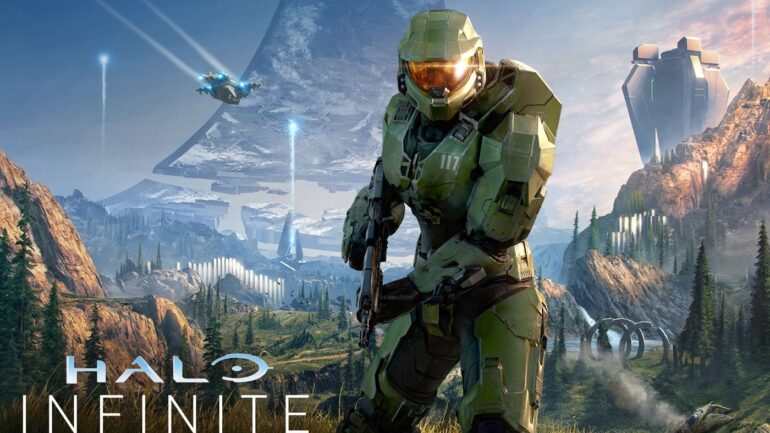 To say that a lot is riding on Halo Infinite’s success is an understatement. Some fans have fallen out of love with the series since the Bungie days and, while Halo 5’s multiplayer is strong, there’s still a feeling that 343 has strayed too far from Halo’s arena-shooter identity to compete with the Call of Duty’s or Battlefields of the current day. However, after this weekend’s technical test, it is my pleasure to report that Halo Infinite’s multiplayer is shaping up to be the true fresh-yet-familiar iteration of Halo that I, along with 343, have been looking for this whole time.

To put it frankly, Halo Infinite’s technical preview has been a blast. One of the biggest strengths I noticed throughout this flight was how solid and satisfactory the gunplay is. Shooters live and die by their gun-feel and Halo Infinite is right on the money this time around. Guns have a crisp punch to them and the weapon spread feels just about right. This might be the first Halo where I genuinely fell in love with the AR, it just feels so good and most importantly will actually get you some kills. Every weapon I was able to try out had a different play style and use-case scenario. The BR is back and still as powerful as ever, the new Magnum packs a punch like the Halo games of old and new weapons like the Skewer can nail a one-shot kill if you’re skilled enough to land a hit. There were no loadouts present in infinite so it was just a real-deal return to the balanced arena shooter style that I loved to see.

Time to kill is a little shorter than most Halos but I feel like it works great within the whole package. Some of the more contentious features of recent Halos are still present but have been reworked or dialed back thanks to the shorter TTK. For example, sprinting is still present but it was never a game-changing element to the flow of a gunfight. Where in Reach I could sprint for cover should a gunfight get too dicey, Infinite’s TTK is short enough that this strategy just isn’t as viable anymore. This can also be attributed to some good map design that keeps battles flowing smoothly compared to the more elongated maps of recent entries that accommodated for features like sprinting.

Map design in Infinite is one of the biggest factors to dialing in that classic Halo feel that Infinite is trying to replicate and so far it’s looking good. There is a clear design philosophy that 343 followed which I can only assume was, “what if a Bungie Halo was made in 2021?” and I believe they delivered. Granted, I only played three maps in this technical test but those three maps played out in the aforementioned arena-shooter style format; three lanes and maybe a back road or two for weapons and power-ups. It is simple yet well done. I don’t see the need to get too fancy with interweaving lanes and complex layouts in an arena-style shooter and thankfully what has been presented to us in this technical test kept it simple. 343 does keep it fresh with some playstyle changes in each map. For example, Live Fire is a more CQC-focused map for ARs but there was also Bazar which featured longer sightlines tailored for BR battles. Maps are being built for simplicity and around different play styles for each map which is always a good sign in a balanced shooter.

The only thing I can say that really got on my nerves was the abundance of voice lines either by other Spartans or your own AI feeding you info. Personally, I like when Halo is simple and hearing Spartans audibly yell out when they are in trouble just feels out of place here. Your companion AI also has some dramatically delivered lines if you get a medal or power weapon kill and it just takes me out of the moment completely every time. There are options to turn Spartan calls off but the AI is always present so I would appreciate an option to dial back those lines just a bit.

This weekend’s technical beta was a 4v4 player vs bots arena with a look at Halo Infinite’s UI and battle pass. Bots, in particular, impressed me with how intelligent they actually were. In my first few matches I had a couple of moments where I went, “Woah, did this bot actually just try to nade-shot me?” or they switch weapons based on what fits best at that spot in the map, little things like that. Some real thought about how Halo is meant to be played went into these bots, and it shows. There are still some issues present, like how they can predictably rush the left side of the map at the beginning of the match, or in some cases stop working altogether, it shows a lot of promise despite being a technical test.

On the technical side, I will focus on the PC, as the Xbox versions seem to run without a hitch. Running on an RTX 3080 with a 10850k, performance was not as smooth as I would have liked. The game refused to move past 80 fps regardless of what settings I chose and there was always a visible stutter upon sprinting. While there was a myriad of graphics options, a fullscreen mode was notably absent which is disappointing to see. Audio bugs were rampant or audio was just outright missing at times. I won’t condemn this technical test for these issues too much seeing as it is a two-month-old build for a game set to release (hopefully) this fall and given the great state that MCC is in I have confidence that 343 will do right by the PC crowd.

My main takeaway is that the decision to delay Halo Infinite to 2021 was a sound one as I can’t envision Infinite releasing in a good state in 2020 at all.

Overall, Halo Infinite’s first technical test impressed me. If there is one thing I can’t stress enough is that it truly felt like Halo again. The triumphant Halo theme rings throughout the main menu, unafraid to call attention to itself, reminding you that this is a return to form. Loadouts are now gone which makes the core of the multiplayer balanced for an arena-style experience that Halo was built upon. There are some features that we, as players, have come to expect from shooters, such as sprinting or ADS, but they are non-factors here and are more organically implemented into Halo’s gameplay. Everything feels like where Halo should have naturally gravitated towards after Halo 3.

There is still a long way to go until the full release, and if Halo 5 taught us anything it was that a strong multiplayer falls by the wayside if the campaign isn’t up to standard, but for now I’m feeling really good about where Halo Infinite is going.