Hands of Fate 2 Review – Watch Out For That Wild Card 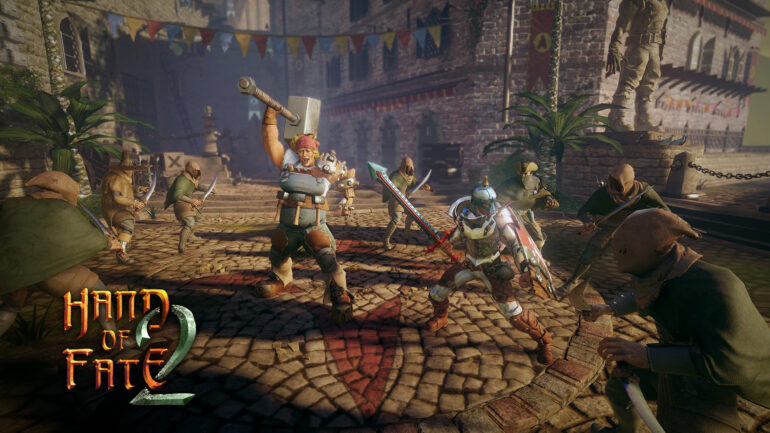 Hands of Fate 2 is a  dungeon crawler which I didn’t expect to enjoy! Consistent with unexpected outcomes and it will always test your patience, no matter how far along you are on the game. Most definitely not for restless gamers. 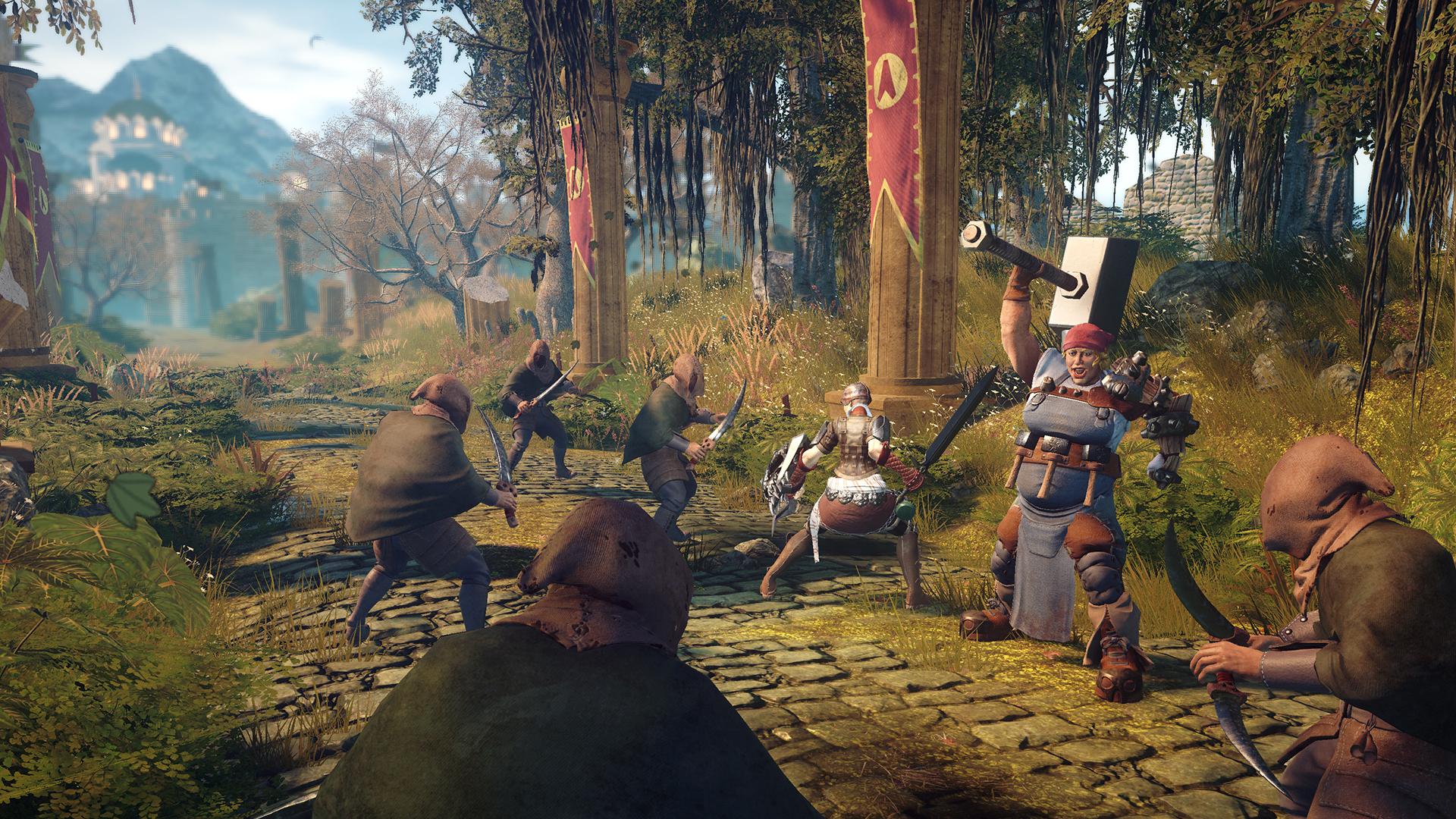 At the start of the game you meet this mysterious Dealer in a rickety wagon, who is actually the primary antagonist. He starts talking about these cards that will affect the story with each encounter and with each turn might be your loss or your gain. Story line and hints are all narrated by the Dealer who is voiced by Anthony Skordi which I admit – I liked to listen to, a lot! Remember those movies with Morgan Freeman narrating the story? He sounds just like that. God-like, menacing and enigmatic at the same time. He is only a spectator as you go along this living board game but gameplay will require luck – lots of it.

You get to start off by customizing your character with gender, facial attributes and color combination of their armor. You also have a choice what your avatar looks like. Sadly, there weren’t any history background description when I went through the locations. I would’ve liked it if there was a little story to begin with to hold a foundation so start the story with especially as I didn’t have any experience whatsoever with the first Hands of Fate.  There are 22 missions in total tagged under a familiar Tarot name and each with its own theme. Before you set out and complete these task, you are asked to build your own deck that composes of a companion, encounter cards, equipment cards and a special card. Another surprising detail for this game is their companion system.

You get to collect maximum of four on game and you start out with Malaclypse, a magician disguised as a Bard to hide from the Empire. He has the ability to grant you a magical shield that can withstand any hits once. Encounter cards are randomly placed, these cards can either let you gain an additional life, special equipment, supplies or death. Equipment cards are those that you are able to chance on on that particular mission. Lastly are special cards that will either give you additional supplies or gold whenever you start a map. You can do these build yourself or you can trust Artificial Intelligence to do the shuffle for you. Building the deck on your own requires strategy. You don’t have to have the most powerful card there is but you have to mix together different combinations and experiment what works best. So yes, you might have to replay a mission multiple times.

Other than completing the mission, for you to gain more cards to help you in your missions you also have to collect as many coins as you can, which are the silver and gold coins. Acquiring these coins at times also generate mini games like rolling of a dice, spinning a table with cards called Wheel of Fortune and a Pendulum swing which you have to stop at a certain object. Most of them are pure luck which again, tests your patience but companions actually can help out in acquiring the best possible outcome with this. The Magician can help you in redrawing cards if you picked a bad card but there will be a reshuffling of the card so you will have to rely on luck again and causes the companion to be unavailable for three turns. Using their ability will be a vital action and needs to be thought well off since battles are random and may happen anytime. You don’t want to fight off a group of bandits plus zombies alone. 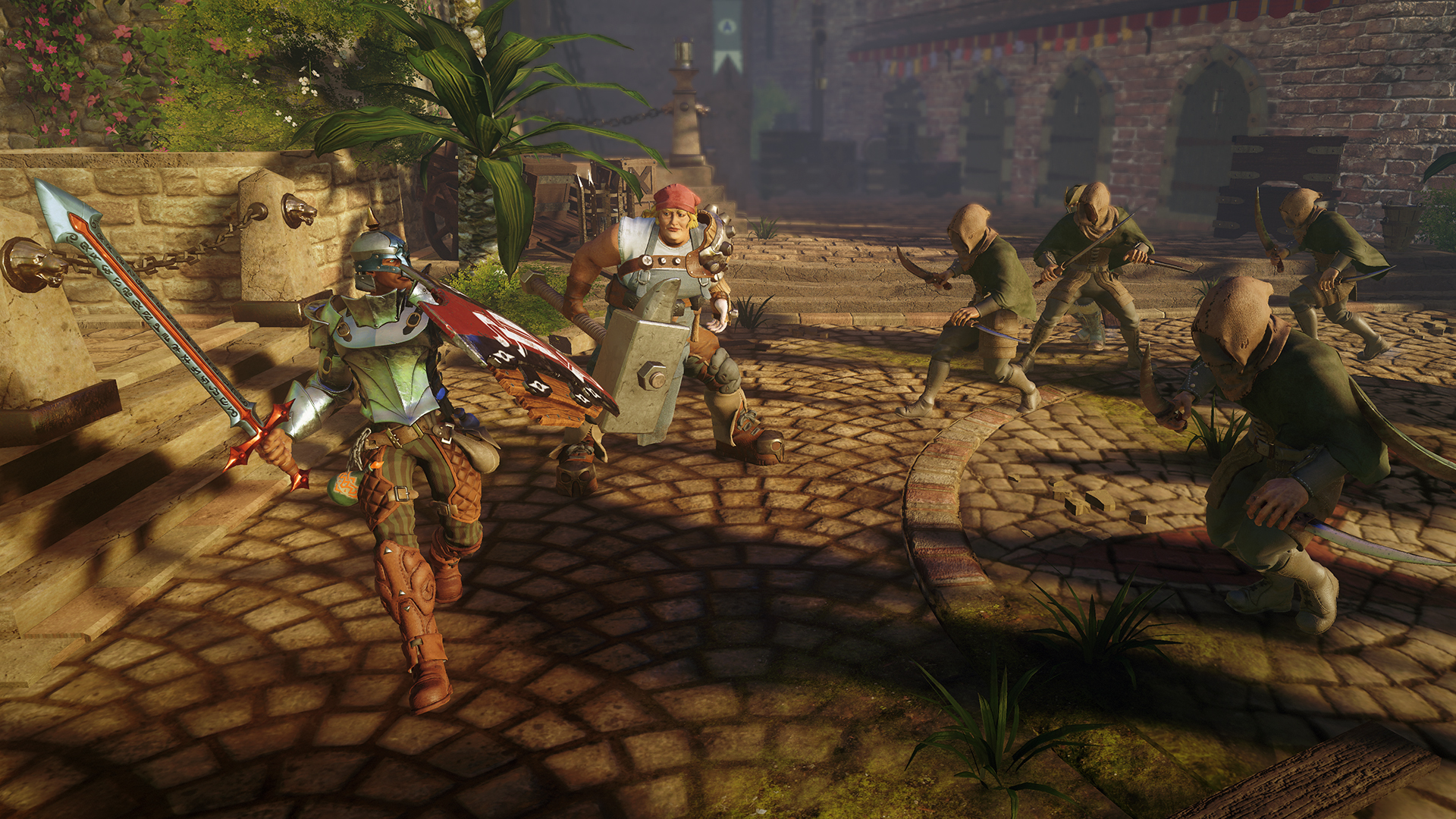 Combat system for this game is very standard, a beat-em up kind of gameplay. You have four general enemies: zombies, thieves, Northerners (Vikings) and Imperials. They have their own special warriors as well like a fire-breathing thief, a stone covered zombie, a trap throwing northerner and a gun-firing soldier. Strategic moves and timing defense can definitely help you out in defeating these special warriors. Weapons also plays a big role in defeating these foes: one handed swords are effective against thieves while two handed swords are great against armored enemies like the imperial. This is great knowledge when dealing with one class enemy but certainly a struggle when they are now mixed together. This is now the time when the game disappoints. It’s all good when you are faced with one enemy, you just hit, defend, evade and repeat the action until they die. But if you are caught in between 2-5 enemies, there is a delay in defending making you more susceptible to attacks, making your death a little bit more closer.

Plus, you couldn’t really move the camera on any other direction except up and down; making your vision limited and affects your effectiveness on the battlefield. I also discovered that if you manage to kill the Boss first, you will instantly win that mission. I am not certain if that was a bug or a loophole but I would’ve liked it if we can still finish off the other soldiers because it feels like I cheated a bit.

I was amazed on the overall gameplay. I liked how unique and original the game was. I would’ve wanted it to be more descriptive; like the card gambit, it would be better if we get to see details on each card before they get reshuffled. It would be more engaging if I get to know the history of the character that I am playing and follow my own path, not a story that blossomed because of  my encounter with Malaclypse. I like it that missions are replayable especially if you miss to collect a certain coin, this also helps in your experience with combining different cards to have the most successful outcomes. This game is like a mashup of a card game, board game and an RPG game that blends really well together. A very solid game, it’s that little gem that needs to be known by everyone. 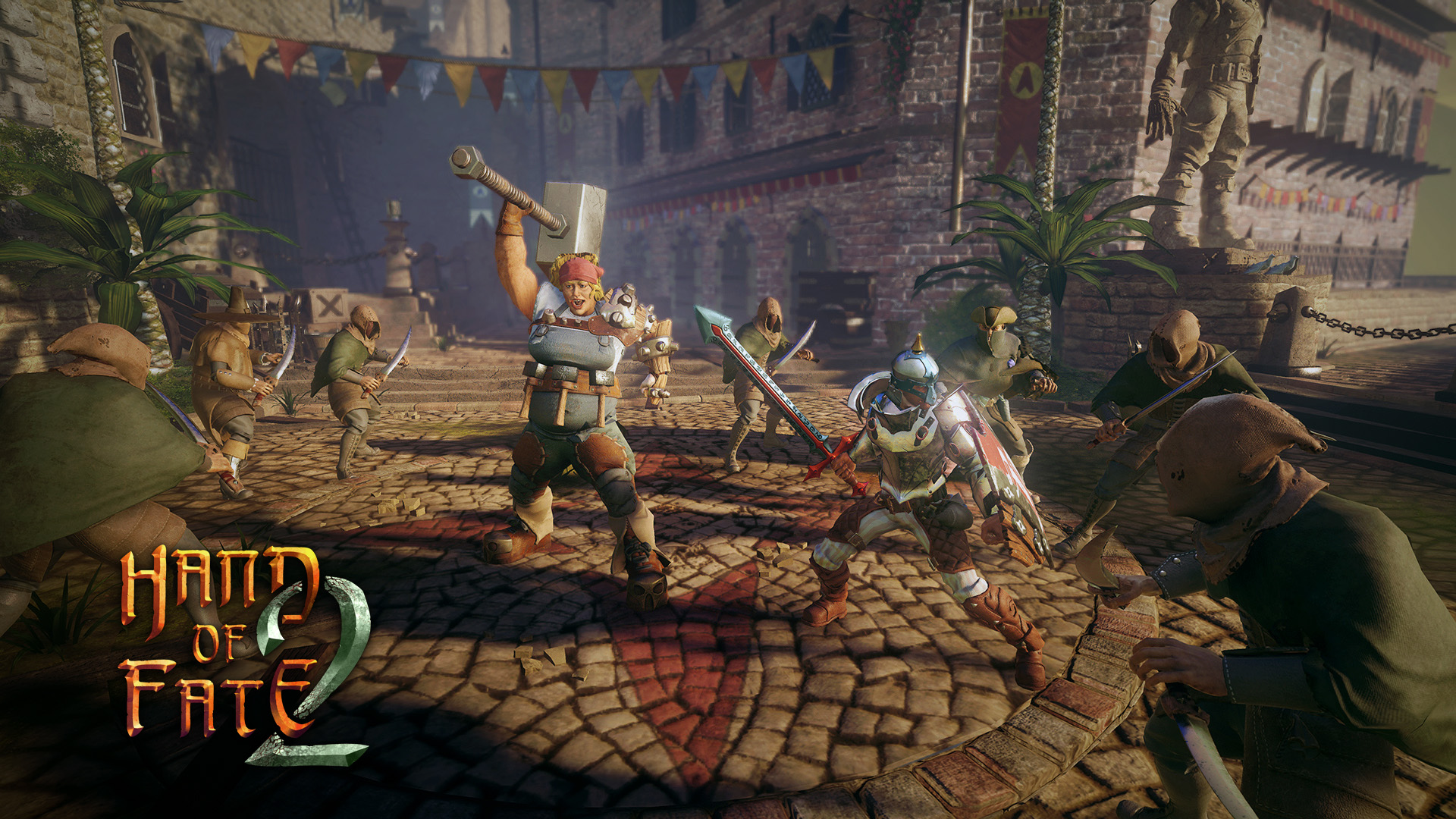 Hand of Fate 2 - Review
Score Definition
When the issues of a game are rolled and stomped by its greatness, then it’s something to invest on if you have some spare.
Pros
Superb Voice Acting
Unforeseen Encounters
Original Gameplay
Cons
Tutorial/In Game Description
Delay Combat Action
Lack of Story Line
8.8
Great