High On Life Release Date and Everything We Know So Far 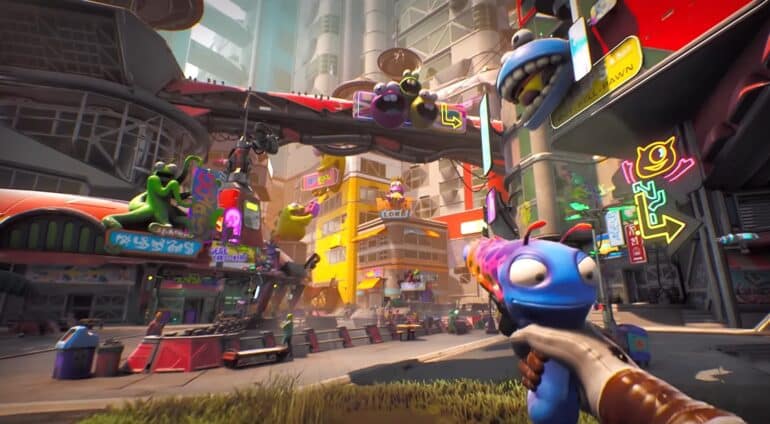 High On Life created quite a stir in the gaming community when it was introduced by Squanch Games at Xbox and Bethesda Showcase 2022. This is a whimsical First Person Shooter from the idea of the co-creator of Rick and Morty, Justin Roiland, which showcased a concept of talking guns and stunning environments you can explore.

The first look at this sci-fi adventure game has given us a lot to pore over, so here’s everything we know so far.

High on Life is scheduled for release on October 25th, 2022. The game will be available for purchase before the busy holiday season begins for those who are eager to play it.

The game was formally unveiled at the Xbox and Bethesda Showcase on June 12, 2022, with the world premiere trailer. Additionally, the game will be included in the Xbox Game Pass as a Day One title.

The platforms that will support High On Life are: Xbox Series X|S, Xbox One, Xbox Cloud Gaming, and PC (available on both Steam and Epic Game Store).

Will High On Life have Co-op or Multiplayer?

There is currently no information available regarding the game’s multiplayer mode. It appears that playing the upcoming game will be a completely solitary endeavor at this point.

Will High on Life be Available on PS4 and PS5?

Currently, there are no pre-orders for High on Life available. Visit the game’s page on Squanch Games or the Xbox Store to learn more about it.

This game is described by Squanch Games themselves as a “Action Adventure Comedy Metroidvania First-Person Shooter.” As a high school graduate, you’ll face an invasion of aliens who “get high off humanity.”

By taking on the role of “the most lethal interplanetary bounty hunter ever seen,” players can “journey to various biomes and locations across the cosmos” and take on “the nefarious Garmantuous and his gang of goons.” Perhaps Justin Roiland is leading us on a wonderful journey through the cosmos.

It’s hard to predict the exact role that each one of those phrases will have in the game, but it does offer us a general notion of how it will be structured. In addition to unlocking new powers and guns (weapon-shaped aliens) as the player progresses through the game, humour is expected to be a major focus.

In addition, we shouldn’t expect an open world shooter in High On Life; instead, we can expect diverse alien worlds to serve as stages, each harboring specific difficulties and rewards, as well as bosses at the end. However, you will have the ability to choose the sequence in which you complete each of these stages, and a brief scene early on in the teaser reveals a grid of enemy pictures displayed on a touch screen and classified as bounties..

During the Xbox and Bethesda Games Showcase 2022, the first High On Life trailer was unveiled. Here, we got our first look at Squanch Games’ comic biopunk first-person shooter and the armory of talking guns that will steal the show when it launches later this year. Here is the first trailer for High On Life:

Nonetheless, the video below provides a deeper look at the game’s development, as well as a lot of comments about what went into making it.

To stay up to date on the newest High On Life news, guides, and features, you can check out our related High On Life Articles here.