Hinterland Studios: “Certainly, the Survival Genre is not fresh anymore.” 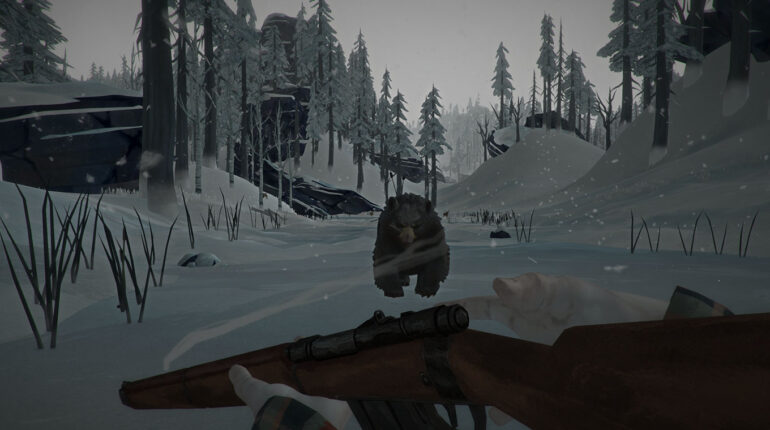 The Longest Dark is a big hit on Steam when it came out on August 1. The new survival title from Hinterland Studios was met with praise from major publications and even got a “Very Positive” remark on Steam. The Longest Dark also features an episodic path in its story mode while encouraging players to explore the frozen wilderness and survive what Mother Nature brings.

Even with its big success as a survival game, the Creative Director Raphael van Lierop said the genre is not “fresh” and there are loads of games with the same genre. Three years ago, the success of a survival game was based on its new approach to the genre. This is what he told GamesIndustry.biz.

[alert type=white ]”Three years ago, I would have attributed the success [of survival games] to it feeling a bit fresh. Certainly, it’s not fresh any more. I can’t speak for other survival games, but for our game, I think there’s something about the striving for survival against all odds kind of thing, and the sense of desperation but also triumph that comes from the small things, like surviving to see another sunset, or finding that can of peaches just as you were starving to death, whatever the moment ends up being.

Raphael also believes that it’s solely an evolution of what we already had almost a decade ago with the RPG genre. The mechanics of RPGs are slowly getting added to every single game – especially on first-person shooters like Destiny and Deus Ex.

[alert type=white ]”Stepping back to the larger survival genre, it’s just an evolution of what we already saw 10 years ago with RPG systems getting added to every game. Suddenly every shooter had a progression system, and now we kind of take it for granted. And I think we’re starting to see the same thing with survival mechanics. Suddenly every AAA game now will have a survival mode with a hunger/thirst/fatigue bar or whatever”.[/alert]

Integration of survival, and even the RPG genre, into shooters and other various of other video-game genres have become a standard in the industry. Players get to see a lot of progression systems in most games now.

[alert type=white ]”It’s a set of mechanics that I think a few years ago a lot of mainstream AAA developers making action games would have looked at and thought, ‘Who the hell wants to manage a bunch of that crap? That’s for The Sims or whatever.’ And actually, a lot of people want to manage that stuff.

They want to feel that sense of vulnerability and have a layer of maintaining their needs on top of whatever other mechanics may exist in their particular game, whether it’s a shooter or whatever. In our case, I’d like to think it’s a bit different because we’re only a survival game.”[/alert]

The Longest Dark is already available on PC, PS4, and Xbox One.